Netherlands to ban dogs and cats that suffer from breeding techniques 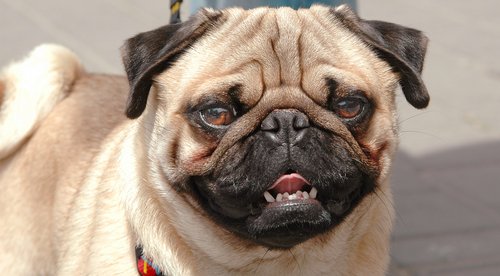 The Agriculture, Nature and Food Quality Minister in the Netherlands has said that a ban on dog and cat breeds who suffer through dubious breeding techniques is coming.

Minister Piet Adema told De Telegraaf on Friday, January 20 that dog breeds that suffer breathing problems and who suffer from other problems due to their small skulls and snouts will be banned in the very near future. This includes popular breeds like Pugs, Bulldogs, Maltese, Boxers, Shih Tzus, Chihuahuas and Pomeranians.

Cats who also suffer from pain and lameness such as those bred to have folding ears are also likely to be included in the band, although Adema emphasised that no definitive list has yet been agreed upon.

Two options are said to be under consideration, a holding ban and a display ban. The latter was introduced in the UK by the breeders association some years ago.

Adema said: “If a holding ban is imposed, it automatically means a trade and import ban.”

He added that what people often find cute is harmful to the animal adding: “These people often have the best of intentions, but often don’t know that animals can suffer permanently. Dogs with a snout that is too short, for example, have to constantly gasp for breath.”

The ban he said would not result in existing pets being removed but would immediately put an end to anyone acquiring or breeding one.

He said: “We do ensure that new animals are banned. But in addition to the ban on keeping these animals, we are also working on a display ban.

The proposed ban on dogs and cats has been widely welcomed by veterinarians and animal protection charities who campaigned for change.