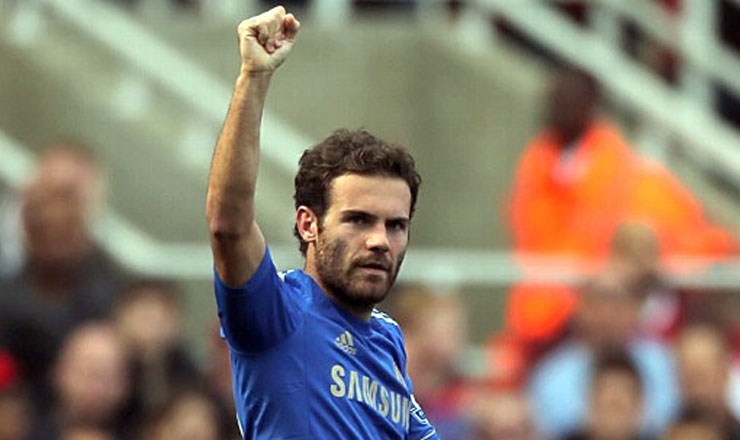 But for a brilliant save from Chelsea FC goalkeeper Petr Čech, FC Nordsjælland captain Nicolai Stokholm insists his side would have earned a draw, while Juan Mata came away content.

Nicolai Stokholm described how Chelsea FC’s second goal, coming so soon after Petr Čech had turned a shot on to the post, sucked “all the power” out of FC Nordsjælland as the Danish champions ultimately succumbed to a 4-0 defeat, but insisted his side will learn from the experience. Juan Mata, meanwhile, felt it was important for Chelsea to claim all three points after their opening Group E draw with Juventus and added that, with so much flair and firepower in their ranks, they will always be capable of getting goals.

Nicolai Stokholm, Nordsjælland defender
The scoreline is harsh. It was totally even for 79 minutes, then Petr Čech made a fantastic save and from there Chelsea go up the other end and make it 2-0. That took all the power out of our team and after that we gave the game away, but if our shot had gone in we could have got a point from the game. That was the disappointing thing about tonight. There were more good things for us in this match than in the first game, so we have to learn from the mistakes, keep our heads up and our chests out, and try and play the same way against Juventus without making the same mistakes.

Jesper Hansen, Nordsjælland goalkeeper
It is always a bad feeling for a goalkeeper to let in four goals. We did not defend at all for the last 15 minutes and that is disappointing. That was the first feeling we had in the dressing room, disappointment, but apart from that we had played a very nice game. In the first half I managed to make a save from Fernando Torres and that gave me a great feeling – it kept us in the match. I was satisfied with that but we cannot be satisfied with the result.

Juan Mata, Chelsea midfielder
We have a lot of offensive players, strikers and wingers, and we all want to score. That is what we try for every game. Tonight, we managed to score four and that is important for us because it enables us to have more confidence. The result was important because it helps us to make up for the disappointment of only drawing our home game with Juventus.

We are top of the group and that was another target so we are happy, but when you look at the possession statistics and things like that, maybe the score was not entirely fair. I like the Danish team – they play with the ball and have some quality players.

David Luiz, Chelsea defender
I try and help my team where I can and tonight I managed to score with a free-kick so I have helped a little bit. Was it my best goal for Chelsea? I have scored some important goals against Manchester United and Manchester City but your best goal is always your last one so I guess it is.

It was a difficult game and the philosophy of the Danish team was amazing. Their coach deserves to be in charge of a big team in the next two or three years, and Juventus and Shakhtar Donetsk will have to play well here if they are going to win.