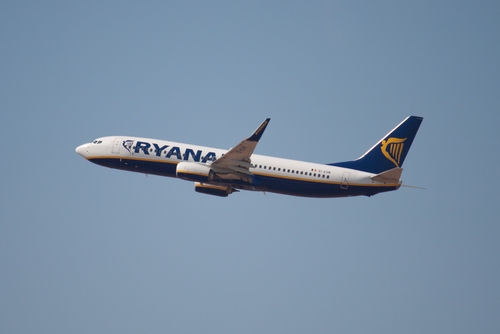 A four-year-old girl lost consciousness on board a plane after going into anaphylactic shock due to a severe allergic reaction to a packet of nuts.

Another passenger opened the bag of nuts despite two warnings not to at the start of the flight.

Fae Platten, returning home after a holiday in Tenerife, fortunately regained consciousness, but was taken to hospital on landing as a precaution.

Ryanair say that the passenger who ignored the warnings will be banned for two years following the incident. Although seated four rows away, all passengers had been told not to consume the snack as the planes use recycled air.

Katy Platten, the girl’s mother, speaking to the Daily Mail said: “It was a very lucky escape. It could have been a tragedy: Fae’s Jext pen saved her life and brought her out of anaphylaxis.

“Staff said there was a child on board with a very severe nut allergy, so no nuts purchased in the airport should be consumed and they would be selling no nuts on the flight.

“But 20 minutes into the flight Fae said: ‘Mummy, my face hurts.’

“She started scratching her cheeks so I took her to the front and said I think somebody has opened nuts. He was incredibly selfish.

“The air cabin crew were really good and gave her a flannel and some ice.

“But she was becoming quite poorly. As we sat down, Fae’s breathing deteriorated, her tongue was swollen and her lips were blistered.

“For a few moments Fae stopped breathing. Her airway was compromised and she went unconscious.”

A call by the Ryanair cabin crew for medically-trained passengers resulted in Fae being revived with an injection.

A Ryanair spokesman, also speaking to the Daily Mail, said:  “Once Ryanair crew were informed of this customer’s allergy, a public address was made. As stated on our website, and advised to customers on board, Ryanair cannot guarantee a peanut free aircraft as other customers may bring their own peanut products on board.

“The passenger in question who caused this unfortunate incident has now been banned from flying with Ryanair for two years. Ryanair is delighted to hear that the little girl is making a good recovery.”