Drinking and driving in Spain: How the law affects you 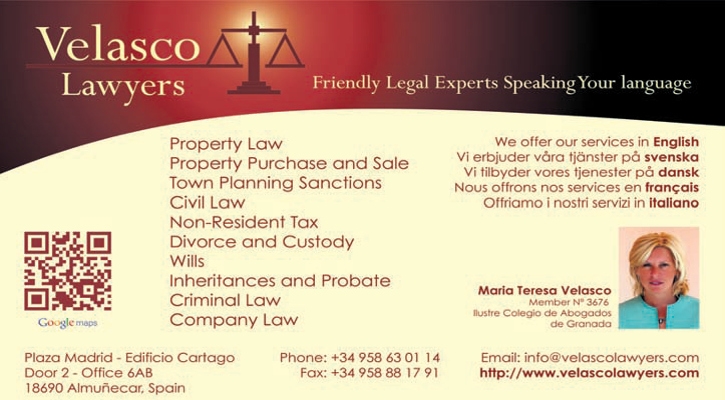 IN Spain (and also practically in all EU countries) alcohol is the main cause of road accidents.

Statistics show that more than 43 per cent of drivers who died in 2013 tested positive for alcohol or drugs (according the Spanish national toxicology institute).

All reports, studies and statistics that are available on alcohol/drugs and driving lead to the same conclusion: it’s imperative to prevent people from driving who have consumed any psychoactive substance.

Because of this, the general trend in the EU is to progressively harden the sanctions toward those driving under the influence of alcohol or drugs.

Law 6/2014 of April 7, which became applicable on May 9, 2014, introduced new sanctions against drinking and driving and in particular on repeat offenders.

Detected levels of alcohol between 0.5g/l and 1g/l in the blood (equivalent to 0.25mg/l and 0.5mg/l in a breath test) will be sanctioned with a fine of 500€ and a loss of four points from the driving licence.

The threshold will be lowered to 0.3 g/l in the blood (or 0.15mg/l for breath) for driving professionals or new drivers with less than two years of driving experience.

Detected levels of alcohol (or equivalent) of more than 1g/l will be sanctioned with a 1,000€ fine and the loss of six points. This sanction will be applied as well to repeat offenders (people who were fined for driving under the influence within the same or previous calendar year).

Any presence of psychotropic drugs will be fined in a similar manner (1,000€ and the loss of six points).

A mitigating circumstance will be applied in case the psychotropic substance was taken under medical prescription.

Driving under the influence can be a crime

In cases where the levels of alcohol are more than 1.2g/l (or 0.6mg/l), the infraction will be considered a crime with sanctions of three to six months in prison (commutable to 30 to 90 days of public community service) and the loss of driving licence for one to four years. A crime with the same type of sanctions will be applied if drugs are detected.

Refusal to undergo alcohol or drugs tests will imply a sanction of six to 12 months in prison and the loss of driving licence from one to four years.

Under the influence of drugs or alcohol, a pedestrian will be more likely to have an accident (increased propensity to risk, altered perception of the environment, and loss of peripheral vision).

For this reason pedestrians involved in an accident will be compelled to undergo drugs and alcohol tests.

How much can I drink, before taking the wheel?

It’s quite difficult to estimate the allowable amount of alcohol as the absorption rate can vary with different parameters and the metabolism speed.

As rule of thumb a man with an empty stomach weighting 70Kg will need one and a half glasses of beer (or two glasses of wine) to reach the 0.5g/l threshold.

The amount for a woman of 60Kg lowers to one beer (or 1.5 glasses of wine). The level of alcohol in the blood decreases on average by 0.1g/l per hour.

In the case of an accident, car insurance companies will cover damages, both personal and physical.

Nevertheless, in cases of driving under the influence of drugs or alcohol, insurance companies will sue the offender and claim back the damages.