What on earth are they thinking? 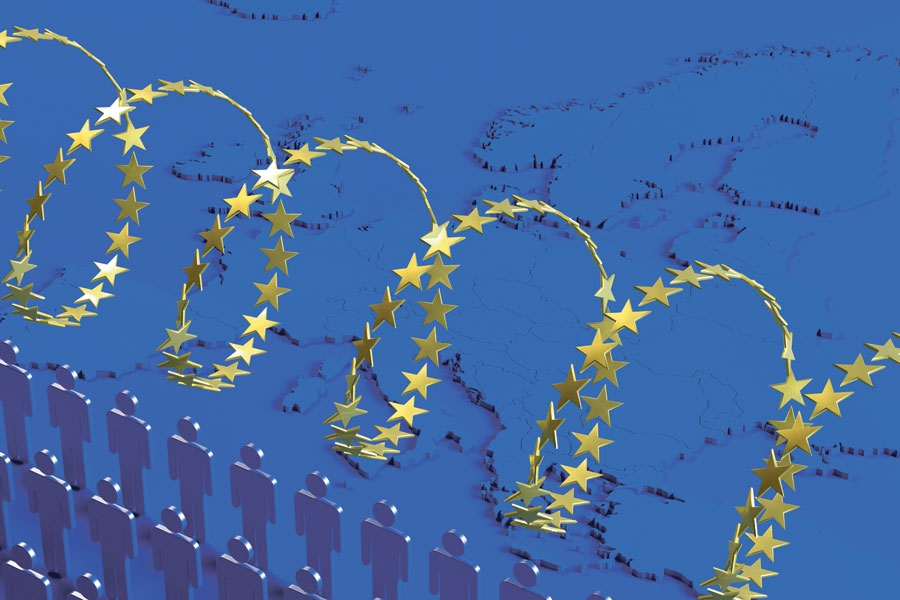 A recent report states that over the next 12 months, Europe can expect some two million immigrants to cross over from the Middle East.

Other reports have revealed that random searching has shown that a number of these people have been carrying ISIS and Jihadist propaganda (including pictures of beheadings). It would therefore be utterly naïve to deny that a percentage of these people may well be extremist or even terrorists. So let’s just have a look at these figures. If one in every 500 (a number I consider somewhat optimistic) were terrorist affiliated, that would mean that over the next few months, some 4,000 more potential killers will be let loose into Western society.

I think it is also safe to assume that an even larger number have, or will soon have criminal intent, say one in every 200. This would result in a further 10,000 criminals for our beleaguered law enforcers to deal with. It gets even worse. Other sources state that two million is a complete underestimation of what the actual figure could become. One says that the number of immigrants may well be limitless, consequently over the next few years, millions of ‘refugees’ could arrive on the shores of Europe. To my mind there is no doubt that, unless drastic action is taken to rethink and reorganise our ‘open borders’ policy, we can say goodbye to Europe as we know it.

What on earth are our so called leaders actually thinking about? What sort of bubble do they all live in?

Do they not realise that if things continue as they are there will be bloodshed all across our hard won peaceful lands? When ordinary citizens realise that their elected representatives are doing nothing to stop them losing all they love and cherish, they will have no choice but to take matters into their own hands. It will only take a couple of attacks perpetrated by these so called refugees to ignite another war of the same ilk as the Crusades. Only this time it will be in our own back gardens. Is nobody listening out there?