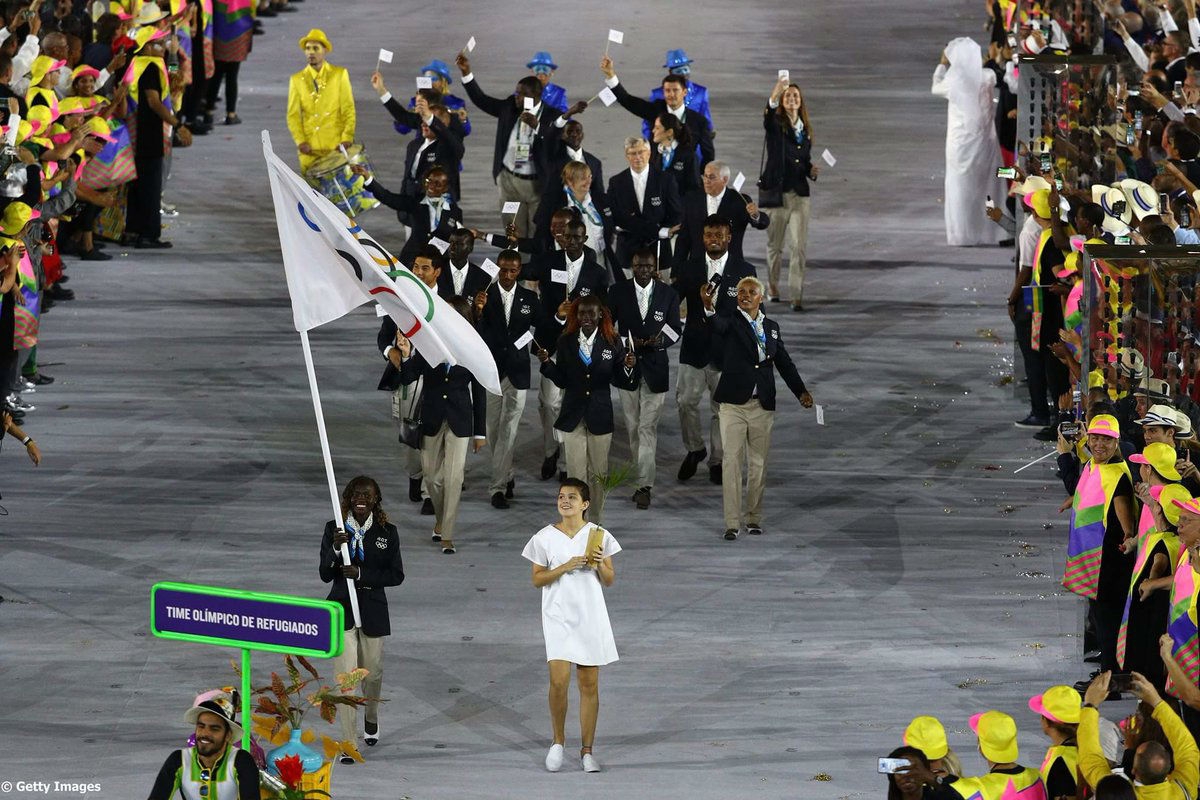 The first ever Olympic Refugee competitors

AFTER months of negative comment about the ability oi Brazil to properly host the Olympic Games amidst a back drop of political instability and a decidedly unsuccessful economy which has fallen dramatically from the heady days of just a few years ago, the opening ceremony took place on August 5 without any major problems.

There was a small demonstration outside the stadium which reportedly petered out after one of the demonstrators was hit by tear gas and had to be treated by the Red Cross and there were some boos when acting president of the country Michel Temer gave his opening address as the current president Dilma Rousseff is suspended whilst awaiting trial for breach of budgetary law. She decided not to attend the ceremony in the Maracana Stadium but tweeted her best wishes.

Seeing that there has been so much criticism of the cost of holding the Olympic Games, the organisers wisely ensured that whilst the event – which is estimated to have been viewed by more than 3 billion worldwide – was exciting it was not overly lavish but told the story of the history of Brazil with plenty of music, dancing and fireworks before the Olympic Flame was lit by Brazilian former runner Vanderlei Cordeiro de Lima as soccer legend Pele had dropped out due to ill-health.

All of the teams, even the in/out Russians were well received. Andy Murray in shorts led for Britain whilst Rafael Nadal in a not very flattering team hat was the leader for Spain and apart from the home team, the greatest applause was reserved for the Olympic Games first ever refugee team.