Is the Lady for turning after all? 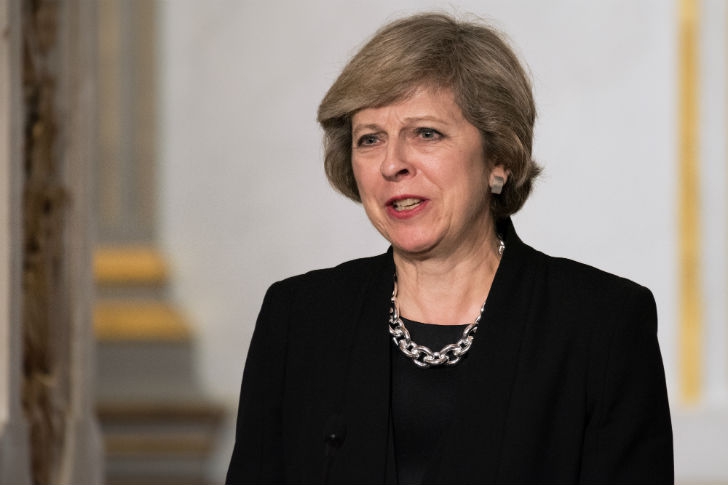 THERESA MAY: Perhaps a better outcome lies ahead.

WITH the despatch of Article 50, the gauntlets have been thrown down, the opening cards played, the warning shots fired (mainly over Gibraltar).

Now there is the lull before the storm as we await the response of the remaining 27 EU member states as they confer over dinner after dinner.

Maybe they’re even shipping Immodium to the Commission HQ in Brussels by the crateload as I write. Too much Crème Merkelée or Luxembourgish Juncker Gâteaux?

However, the direction in which PM Theresa May now appears to be taking us – her apparent conversion (U turn?) to a half-in, half-out of the EU model already followed by other countries – points to a better outcome than her previous hard Brexit approach of “no deal’s better than a bad deal.”

Maybe the rationalisations and concessions are now emerging as the reality of leaving dawns?

Two years is a long time, but it’s now possible we’ll end up with a Norwegian-style model, but for political reasons not called as such.

But let’s face it, we’re hardly in a great bargaining position: it’s claimed that over 40 per cent of UK exports go to the EU, but only about 8 per cent from the EU to the UK.

Lloyds of London has already chosen Brussels for its European hub, and the failed merger of the German Börse/Stock Exchange won’t do London any favours either.

So Mrs May has two options: a soft Brexit with free movement of labour in the EU and a trade deal that mirrors the single market, or a disaster that’ll be blamed on the EU. Maybe we’ll end up with a bit of each?

Finally, whoever picked March 29 as Article 50 Day clearly has a wicked sense of humour and encyclopaedic knowledge of chart-toppers.

Fifty years ago on that date, Engelbert Humperdinck was at Number 1 with Release Me. On the same day in 1975, it was the Bay City Rollers with Bye Bye Baby. ’Nuff said.