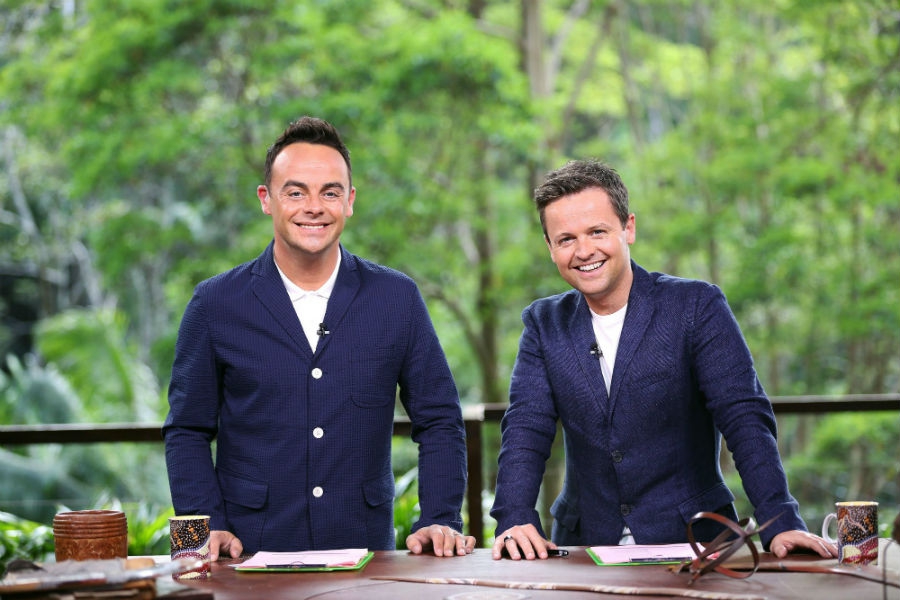 ANT AND DEC: Back in the jungle.

IT’S back! I’m A Celebrity Get Me Out Of Here (ITV 1) swept in from the Australian jungle last Sunday with an eclectic group of celebrities, in the widest possible interpretation of celebs.

Living in the jungle and eating bugs, with Ant and Dec at the sharp end of watching over them all, if such an idea was pitched to a TV executive today, would it fly?

I’m not sure, but the format clearly works given the viewing figures.

If you are among the millions of fans, don’t forget to also catch Get Me Out of Here Extra Camp (ITV2) that follows each main Celebrity episode.

In the Extra show, Scarlett Moffatt is the rose between two thorns in the guise of Joe Walsh and Joel Dommett.

Tune in and expect lively debate and an opportunity to put questions direct to campmates via social media and the App.

For me and one friend, the first note of Christmas used to be the beginning of Once in Royal David’s City via Carols from Kings (expected on BBC2, Christmas Eve).

With that said, now the first festive note seems to be various retailers’ seasonal adverts. Keeping it brief, but that carrot again, seriously!

Enough to say I’m disappointed by most, don’t really understand a certain bear in the snow but I love the interpretation of Cinderella (although why aren’t the key players wearing warm clothes in the snow?)

The monster under the bed must also get a mention, despite for me having no bearing on the glass slipper story.

Peaky Blinders (BBC2, Wednesdays) is back for a fourth season, moving on from the earlier cliff-hanger ending. If the start of the latest series is anything to go by, with the story back to Birmingham and more problems for the Shelby family to deal with, some good viewing ahead.

Cilian Murphy continues to delight as Thomas Shelby and the return of Tom Hardy as Alfie Solomons can only be a good thing.

And now to close, have you ever wondered what TV Must-See you might be missing simply because you do not think a show or series will appeal?

That was me with Formula One, with the final 2017 race in Abu Dhabi due this Sunday live on Sky Sports F1 and Channel 4.

Friends on the coast regularly hold Grand Prix parties and a great hit, so I checked out ever-keen not to skip a good party due to TV ignorance!

I cut my teeth on the Brazilian Grand Prix; to summarise, billed as a sporting event covering at least 305km not exceeding two hours in length. I was near exhausted just getting my head around the numbers.

Imagining F1 cars roaring up the A7 from Malaga and screeching to a halt somewhere south of Cartagena, no such luck.

The super cars circled around a track like an overpowered Scalextric set, I had a siesta and someone seemed to win (in fact Sebastian Vettel, just to show I watched the end).

F1 has a massive following, and while this TV offering simply isn’t me, for those watching on Sunday, enjoy and don’t forget to check out the Teams’ Tyre Choices before viewing.

But I am left wondering just how many F1 fans also tune in most nights to catch the latest in I’m a Celebrity?