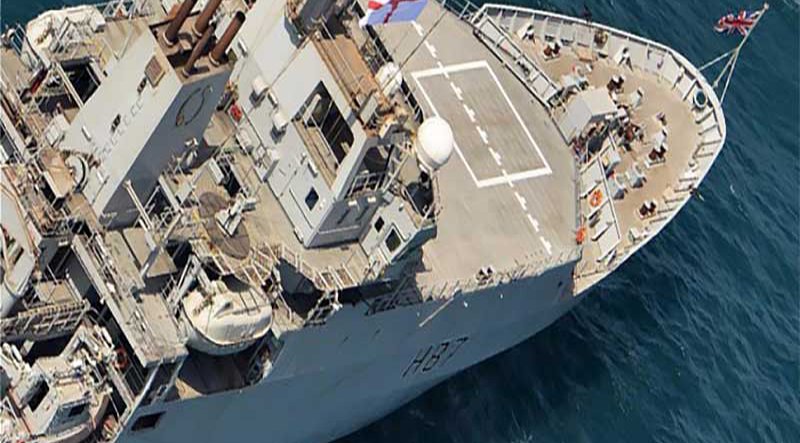 HMS ECHO, a Royal Navy survey ship, docked in Malaga yesterday (Friday) marking the ships first visit to the Costa del Sol in many years.
The HMS Echo will remain in Malaga over the weekend, leaving the Costa del Sol on Monday.
The presence of HMS Echo coincides with the 30th edition of the annual UK-Spain Tertulias.
The Tertulias annual forum for debate is one of the highpoints of the bilateral relationship between both countries.
This year, UK Ministers attending include David Lidington, Minister for the Cabinet Office and Chancellor of the Duchy of Lancaster; Alan Duncan, Minister of State for Europe and the Americas; Nick Gibb, Minister of State at the Department for Education; Baroness Williams, Minister of State at the Home Office and Earl Howe, Minister of State for Defence.
During the Tertulias programme a number of visitors, including Minister of State for Defence, Earl Howe and Her Majesty´s Ambassador Simon Manley will be given a tour of the vessel, to see her versatile surveying and maritime security capabilities.
The visit of HMS Echo further illustrates the excellent bilateral relationship between Spain and the UK, and follows on from the visit of HMS Duncan to Malaga earlier this year.
HMA Simon Manley said: “The arrival of HMS Echo in Malaga showcases the depth and breadth of our bilateral cooperation on defence and security, which is the crown jewel of the relationship between the UK and Spain. Our countries face common challenges and close collaboration helps keep our citizens safe. I am delighted that these are among the issues that we are debating in Malaga at the 30th British Spanish Tertulias, our most important bilateral forum”
“I am delighted to visit HMS Echo today and meet her crew after their busy period of survey operations and training in the Mediterranean. The UK continues to work hand in hand with our European partners, and we want the closest possible relationship on security and defence after we leave the EU”.”
HMS Echo was launched at Appledore in Devon in 2002, and was designed to carry out a wide range of survey work, including support to submarine and amphibious operations.
Equipped with an advanced multi-beam echo sounder, as well as a deployable survey motor boat, she is capable of providing an accurate picture of the seabed.
Her work this summer and autumn has seen her surveying the waters around Malta at the request of the Commonwealth nation’s government.
The information gathered by the ship is reported back to the UK Hydrographic Office and much of this ultimately finds its way onto the charts used by all mariners, whether fishermen, pleasure sailors, merchants, or military.
HMS Echo can also be tasked to perform maritime security operations, and has recently participated in the NATO Operation, Operation Sea Guardian, to safeguard the Mediterranean from any threats to legitimate use of the seaways.
A versatile craft capable of providing a military presence where it is needed and gleaning vital navigational data from the seabed, Echo is sustained on tasking for up to 332 days a year through a watch rotation system that sees her operate regularly with a crew of only 50 sailors.
The UK has a responsibility to its citizens and its allies to endeavour to safeguard the high seas. This is why the Royal Navy protects home and international waters, making sure the global trade that Britain and the world depend on can proceed without a hitch.