SCHOOL’S OUT! Is a 15-year-old schoolboy really a 30-year-old refugee? 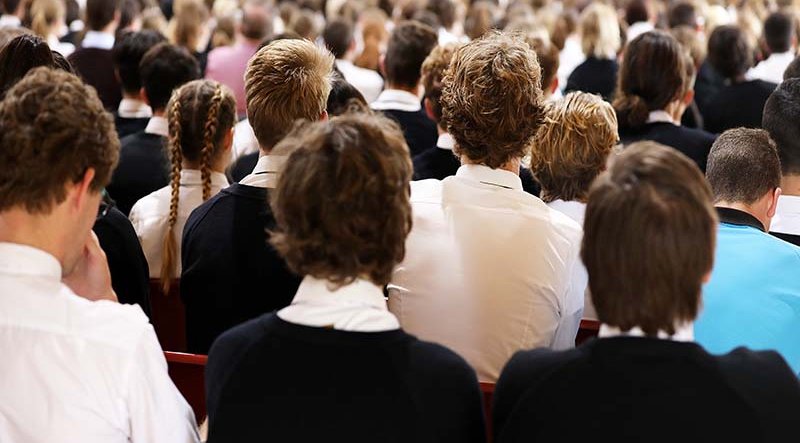 STOKED: No doubt the adult was delighted to gain access to education in the high school. Credit: Shutterstock

STOKE HIGH SCHOOL in Ipswich finally reported concerns to the Home Office that one pupil claiming to be 15 might be much older when classmates posted a photo of him on social media with the caption: “How’s there a 30-year-old man in our maths class?”
Images were briefly shared online of a Facebook picture of a man with a beard, alleging it was the “pupil”.
The problem is that those doing age-assessments for refugees have to operate within rules to ensure fairness and that decisions are neither arbitrary nor inconsistent. It’s a problem not unique to the UK.
However, in some other countries medical evidence is gathered to reach a decision (there was a case in Sweden where a refugee who claimed to be a minor was reckoned by dentists to be 38), but the British medical establishment isn’t happy to use such information for non-medical purposes.
The 6ft 1in “pupil” told classmates he needed GCSEs because qualifications from his country might not be recognised in the UK. This is often the case at all different levels in the belief that “foreign” qualifications won’t be acceptable.
OK, but why didn’t he go to a local FE College which would be more geared to adult students? Like, for instance, Suffolk New College which has over 3,000 students aged 16+.
Parents with 15-year-old daughters in the same class could, we imagine, be quite concerned, given he reportedly bombarded a female classmate with texts. But then, again, he could just claim to be a girl and then they’d be forced to share the changing rooms with him, wouldn’t they? Oops!
But in the final analysis, let’s not be ageist! After all, we can now claim to be whatever sex we wish despite all evidence to the contrary, so why not choose one’s age as well? Let’s all go for 65 (and a pension) during the week and 25 at weekends when we splash out on Instagrammed meals at trendy “pop-ups”, selfie “experiences” and other millennial fun on the pension money thus obtained. Haha!
Nora Johnson’s psychological crime thrillers ‘The Girl in the Woods’, ‘The Girl in the Red Dress’, ‘No Way Back’, ‘Landscape of Lies’, ‘Retribution’, ‘Soul Stealer’, ‘The De Clerambault Code’ (www.nora-johnson.net) available from Amazon in paperback/eBook (€0.99;£0.99) and iBookstore.All profits to Costa del Sol Cudeca cancer charity