Why didn’t he just email them? 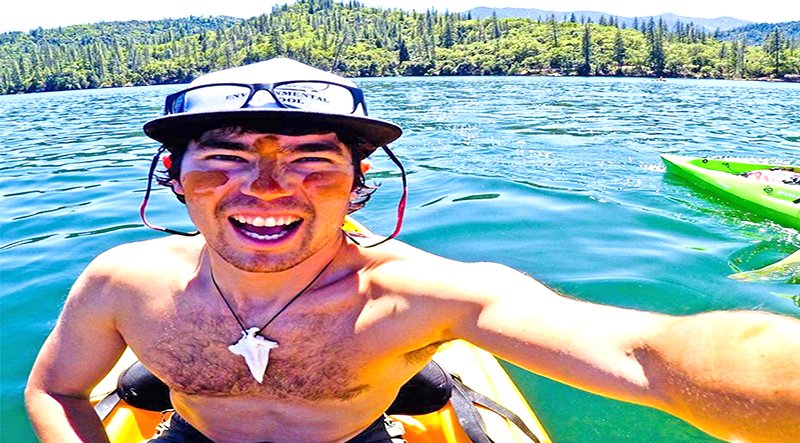 THERE are five irreversible routes out of this world: going to sleep in perfectly good health, then waking up dead; having a fatal accident; being dispatched by a deadly disease; getting murdered or committing suicide.
Given a choice, I would opt for the first, as would most people. But, again like most folks, those who survive me would be absolutely mortified if my death were ever to qualify for a Darwin Award.
If you’re not familiar with this scheme, let me explain that it was set up some years ago to ‘commemorate those who improve our gene pool – by removing themselves from it!’
The biggest bother I ever landed myself in happened in 2005 after I wrote of having nominated an American pastor for the award.
Rev Kyle Lake, 33, stepped into a baptismal font at University Baptist Church in Waco, Texas, reached for a microphone, bellowed ‘surprise me God’ – and was electrocuted. I suggested that taking an electronic gadget into water was one of the dumbest things anyone could possibly do, and that Kyle was fully deserving of a Darwin Award.
That report sparked a lot of hate mail. I was described as callous, cold-hearted and mindless of the feelings of his family. But what made me truly regret publishing the piece was the the fact that I later discovered the microphone wasn’t the cause of his death. What killed him was the font’s faulty heating system.
A lawsuit was brought against the company that installed the baptistry heaters. It was found to have been negligent in their design and installation, and his family was awarded undisclosed damages.
This November I again suggested a Darwin Award for another godly geezer. But this time I took no flak from readers who were all of one mind: Christian missionary John Allen Chau, 26, had absolutely no business illegally trespassing on the protected Indian-owned North Sentinel Island.
One his first attempt to introduce Jesus to the islanders, an arrow was shot at him (the Sentinelese don’t react well to strangers). The arrow pierced his Bible and he legged it, but foolishly he returned to yell at the inhabitants, and throw fish at them. This time a volley of arrows sent him into the hereafter.
Before his fatal body-piercing, Chau left no doubt that he was not only stupid, but arrogant to boot. In his diary he wrote ‘Lord, is this island Satan’s last stronghold where none have heard or even had the chance to hear your name?’
This is the trouble with missionaries. They automatically assume that anyone who doesn’t share their superstitious beliefs must be ‘Satanic’ and in need of ‘saving.’
It’s a mindset that has led to the ethnocide of millions who were doing pretty darn well until they were introduced to Christianity.
When I posted my report on Facebook, one of many pithy responses came from a fella called Frank O’Callaghan, who wrote: “Condolences to his loved ones. An unnecessary, violent and sad death of a deluded but presumably well-meaning young man.
“He could have brought devastating disease to such an isolated group. This was just what most ‘missionary activity is: self-indulgence, arrogance and ignorance.”
Amen to that, I say.