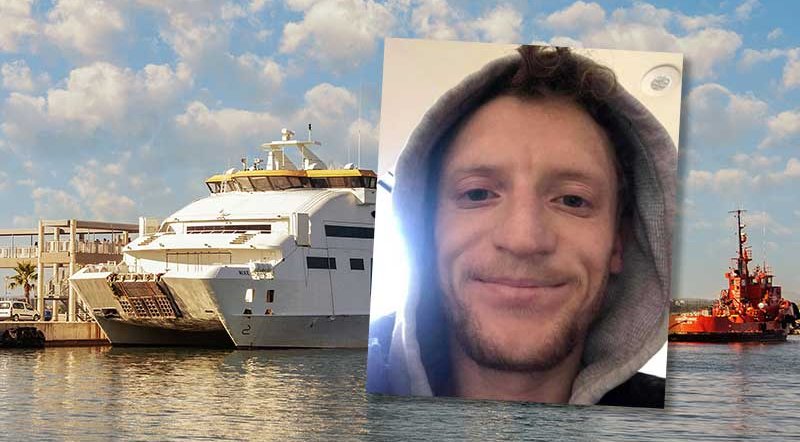 THE family of a British DJ who went missing on a ferry in Spain on March 22 firmly believe he is still alive and has intensified their search to find him.

They have set up a crowdfunding page with a £10,000 target to raise money for a private helicopter search costing €500 an hour that has, so far, proved fruitless. The pilot has donated his time free of charge.

“Spanish police have been extremely helpful”, say the family: “However their resources and time are limited. so we are trying to raise funds to continue the search for Rem in every way we can. Your help will allow us to work with local experts on land, sea and air with the hopes of bringing Rem home.”

And they have appealed for the public’s help to spread the word about the disappearance of Rem Kingston, 31, who was last seen on the Hypatia de Alejandria ferry as it travelled between Ibiza and Mallorca.

Sister Megan Kingston-Scannell said: “Police believe he may have disembarked from the ferry in Palma, Ibiza or Valencia after becoming paranoid, fearful and untrusting of other people.

“He may have become scared and hid and disembarked on the ferry’s return to Ibiza, Valencia or is in Palma.”

There have been possible sighting in Valencia.

“It’s crucial you inform the police even if you’re not sure if it’s Rem.

“He will look different to his photographs now through not shaving, longer head hair and tiredness.”

“We have had false sightings but so grateful people are looking out AND reporting. We see those as positive false rather than false or made up.”

Megan aded: “The more we raise the greater the search options we can explore. Once Rem is found, all further donations with be donated to the mental health charity Mind to help others.”

She pleaded: “If you see him or hear anything PLEASE CONTACT THE POLICE (112 in Spain / 999 in UK) IMMEDIATELY.”

“When we find Rem we want to completely flood him with love and support.”

The UK Foreign Office said: “We are assisting the family of a British man who has been reported missing at sea in Mallorca and are in contact with the Spanish police.”