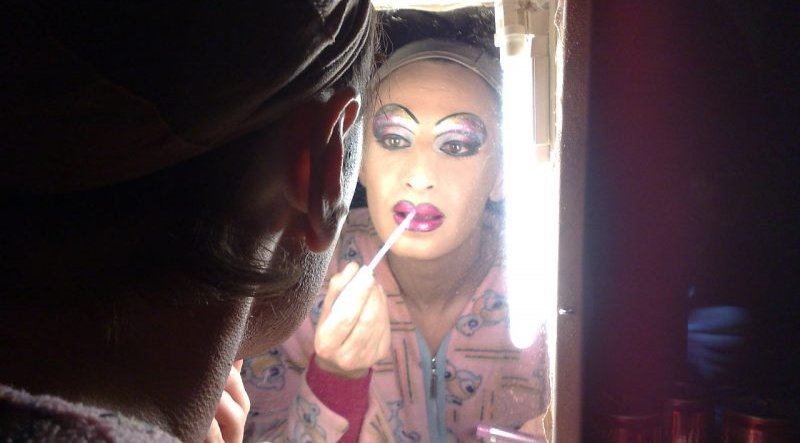 I thought I’d seen drag queens in every shape and size when I lived in Brighton, but nothing prepared me for the variety of unique drag acts I saw on my first holiday to Sitges, close to Barcelona.

After watching three fabulous and very funny acts in a single bar on a Saturday night, I asked a barman whether drag was just a Sitges thing, or whether acts like these were to be found elsewhere. He chuckled and said ‘Spain loves its travestis (transvestites) and has more drag artists than a duck has quacks.’ When I settled in Spain I found this indeed to be true. But no amount of Googling explained why female impersonators are so popular in a country which, until the end of the Franco era and the collapse of the power of the Catholic church, treated anyone deemed a ‘deviant’ with the utmost cruelty and contempt.

But there’s a great deal on the Internet about the history of drag acts in the US and Britain, and one article explained the word ‘drag’ originated in the theatre to describe lengthy dresses worn by men that would drag across the floor. Spain even has the world’s only drag queen science populariser. Mario Peláez has a unique way of sharing knowledge. This doctoral student – ‘Sassy Science’ – wears drag when discussing scientific research and promoting gay and women’s rights. He has a number of English language videos on YouTube. What got me thinking about drag shows was the sad news that one of Benidorm’s top drag venues, the renowned Rich Bitch Showbar – which starred in ITV’s ‘Benidorm’ and BBC’s ‘Escape to the Sun’ – shut last month when owners Gary Brown and his partner of 26 years, Michael Beddow, decided to return to the UK to open a hotel in Blackpool.

For 21 years, Rich Bitch was one of Benidorm’s most popular nightspots where Brown, aka Miss Jordan Rivers, together with a bevy of drag queens, entertained literally tens of thousands of tourists and locals. Gary performed his swansong act as ‘the Vicar of Benidorm’ when he gave a commitment blessing to a couple who met and fell in love – Colin Wainwright and Angel Perez Martin. The event took the form of a joyful street party hosted by Company bar in the Old Town, and I was delighted to be the official photographer.

The combined commitment ceremony and farewell party for Gary and Michael attracted around 80 guests and developed into a lively celebration, with Company bar providing bunting, balloons and a superb buffet lunch. Have I ever dragged up? Yes. Once – and it went horribly wrong. When I was 18 I got invited to a ‘vice versa’ party in South Africa. Men had to dress as women, and vice versa. I sneaked out of the house in a frock, wig and stiletto heels filched from my mum, but my parents found out when I was picked up by police who spotted me staggering home, wearing an ornate silk lampshade on my head. I was handed over to my parents in a very sorry state, and never heard the end of it for months.