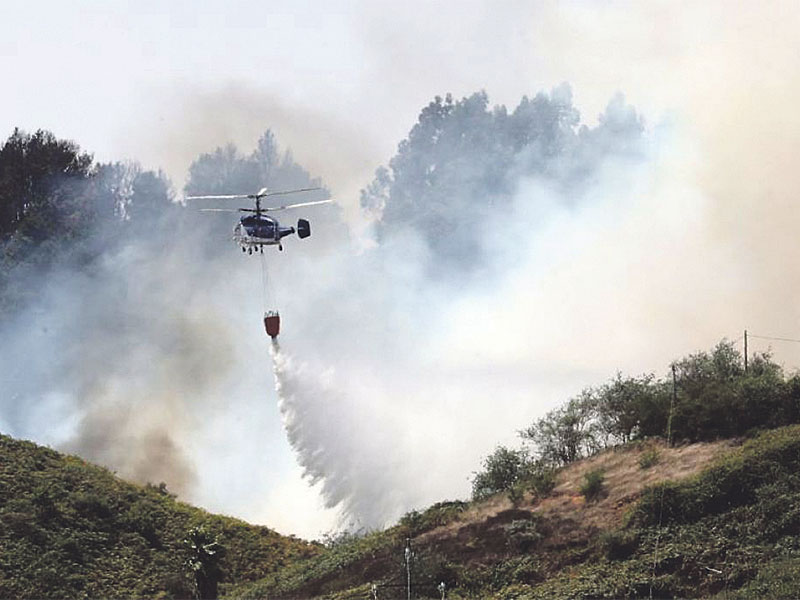 WILDFIRES: It could happen again, we are very vulnerable.

Experts and politicians are meeting (and lunching) now to produce the final cost figure, without which no disaster is complete. New Canarian president, Ángel Víctor Torres, said: “It’s too early to be exact, but it’ll be millions.”

The relevance of these damage assessments is questionable, given the limited comparisons they invite, like ‘fire x was worse than y.’

What’s dangerous (though safer ground for politicians) is that these interpretations distract attention from more important issues. Can money anyway reboot lost communities? Doubtful, especially for those which were horribly aware that, with no help to clear tinder around their villages, they’d burn. Requests for help fell on deaf ears. They burnt.

But the big, really important, never asked question, is:

‘How much would it have cost to avoid this disaster, compared with what it’s cost to suffer it?’

Here’s a conversation I had in California (still shaky after a big fire here):

Friend, helicopter pilot Mike: Hey Barbara. What happened in the fire on La Gomera?
Me: Dreadful… I thought of you often, the firemen and plane and helicopter pilots were heroes…The problems came at night… You know… Everybody has to pull out when it gets dark… the wind changes…the fire picks up.
Mike: What? Pull out at night? Why?
Me: Erm, well… you can’t fly at night… can you?
Mike: Whaaaat? You’re kidding? Only by day? No way! No NVT?
Me (shocked): No! What’s NVT?
Mike: Night vision technology.
Me: Is it new?
Mike: Naah, the infra-red’s old. We’ve had it since the 70’s, fitted into old Huey choppers from the Vietnam war. There’s a bunch of newer stuff too.

So there it is.


Californian firefighters have special night flying equipment, but ours don’t. NVT of course exists in Europe, but is mostly used by airforces to hit targets and kill people more efficiently in the dark, while firefighters exhaust themselves all day fighting fires, then night comes and the fire’s left to do its worst. A kind of one step forward, two back cha cha.

To get things in perspective, we don’t even have a single hydroplane based in the Canaries, let alone one with NVT, although a fleet of 20 F18 Hornet fighter planes is based at Gando, should we feel a sudden desire for war.

A www.change.org petition for a permanent hydroplane and helicopter base quickly attracted a quarter of a million signatures, unsurprisingly. Fires are an exponentially increasing risk, everywhere. Even the Artic’s burning. Why are we ostriching reality and not tooling up for the obvious?

A bigger Gran Canaria fire in 2007 (19,000 hectares burnt, 20,000 animals killed, 400 homes lost) ‘cost’ €80 million. Demands then for hydroplanes or helicopters were brushed aside in favour of spending €127 million on a new transport system for capital La Palmas, Metroguagua. The money could have bought 5 CL215T Canadas hydroplanes at €26 million each, on hand to fight this summer’s fire immediately.