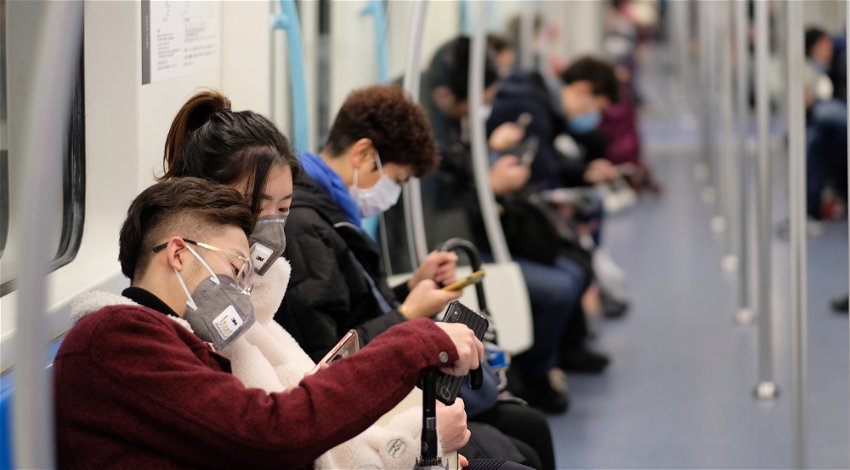 CHINA confirms that 2,744 people are infected and suspends its Winter Games

China’s National Health Commission on Monday increased the number of deaths caused by the coronavirus to 81 and the number of infected people to 2,744.

Public health authorities have also detailed that there are 461 patients in critical condition. The 24 new deaths from the virus have occurred in Hube Province in central China.

Chinese Health Minister Ma Xiaowei reported that the authorities’ understanding of the virus was “limited”, so they are not yet able to know the potential extent of the disease or the possible risks of mutation. “The outbreak will remain active for some time,” he said.

On Sunday, all the alarms were raised when it was discovered that the coronavirus has an incubation period of 14 days and that it is contagious before symptoms appear.

William Schaffner, longtime advisor to the United States Centers for Disease Control and Prevention has expressed his concern confessing that this being the case, the situation is “worse than we thought” and “much more contagious.” Making it potentially more severe than SARS, or severe acute respiratory syndrome, which emerged in China in 2002 and resulted in the deaths of more than 700 people worldwide with a post-contagious death rate of 13 per cent to 19 per cent.

Chinese authorities suspect that some 5,794 people may be carrying the virus, which was first identified in December.

The virus has also reached other parts of the world as French authorities on Friday confirmed their first three cases of the new coronavirus, the first recorded in Europe. The US government, meanwhile, confirmed that a second patient is infected in the country.

In addition, eight people have been reported as infected in Thailand (five of whom have already been discharged), five in the United States and Australia, and four in each of Singapore, Malaysia, Taiwan and Japan (one cured). Three in South Korea, two in Vietnam, one in Nepal and one in Canada.

The Spanish Minister of Foreign Affairs, EU and Cooperation, Arancha González Laya, is working with the Spanish consular General in Beijing and the Minister of Health, Salvador Ila, to repatriate the twenty or so Spaniards who were isolated in Wuhan, the epicentre of the outbreak of viral pneumonia (coronavirus) in China as stated today in her twitter account and comes following reports with the Consulate to inquire about the situation of the Spanish in Wuhan, with whom she is in permanent contact.:

Arancha Gonzalez @AranchaGlezLaya Good morning, we’re working with @salvadorilla our consulate in Beijing @EmbEspChina and the authorities to repatriate the twenty or so Spaniards in #wuhan #hubei epicenter of the #coronavirus will continue to report progress @MAECgob

A meeting is being held this Monday at the consulate in Beijing to study different options for the repatriation of the Spaniards in the critical area.

The Minister of Health assured that as soon as a decision is taken, it will be announced “in due course”.

Asked if once in Spanish territory, the citizens will be put in quarantine, Illa has responded, that those measures will be taken in their benefit to confirm that they do not have the disease.

Illa also took the opportunity to highlight that there are currently no identified cases in Spain, as the 4 possible cases were discarded, and has reiterated that the Spanish health system is “perfectly capable” to respond.

The minister explained that a protocol has been drawn up and agreed with the autonomous communities, with whom contact is being made, as well as with the World Health Organisation (WHO), and added that daily follow-up meetings are held at the Ministry to update the information.

“I want to send a message of peace of mind,” said Illa, who stressed that Spain is prepared to face this type of situation.