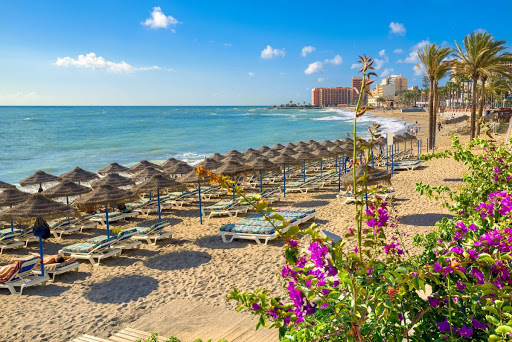 The mayor of Benalmadena, Victor Navas, has asked the Junta de Andalucia to open all beaches in Malaga at the same time, which under the de-escalation plan are expected to open on May 25, in order to ensure a “uniform and harmonious” return to the beaches and to “avoid competition between municipalities.”

This notion was discussed during a teleconference with the Minister of Public Administration and Interior, Elias Bendodo; the delegate of the Andalucian Government in Malaga, Patricia Navarro and the mayors of the costal municipalities.

At this meeting, Navas outlines that there is a great lack in information regarding a set of common rules and protocols needed to reopen beaches for bathers which should happen in Phase 2 of the de-escalation plan on May 25. They have also agreed to the purchase of material and hiring of additional security service on the beaches, however this is yet to be quantified.

Navas has stressed the importance of having a “uniform and harmonised” reopening of beaches on the coast so that “there is no competition between municipalities but rather a clear date for preparing beaches” in unison.

The mayor of Benalmadena has also expressed the importance of training the personnel in the tourism sector on how to follow health authorities’ recommendations about dealing with Covid-19. Navas argues that this will communicate a “very positive message for tourists and visitors” allowing them to feel safe in our community.

Likewise, he notes that PCR testing employees in the sector to know “if they are infected or not, or, whether they have passed the virus” is important to strengthen the industry.

Navas has asked Bendodo that the Andalucian Health Service be in charge of the analysis and sanitary control of beaches. “The municipalities do not have the capacity to do this,” he explained.