Costa del Sol Won’t Give Up: Malaga to Spend Over Half a Million Euros for Feria Which Typically Attracts 6 Million People 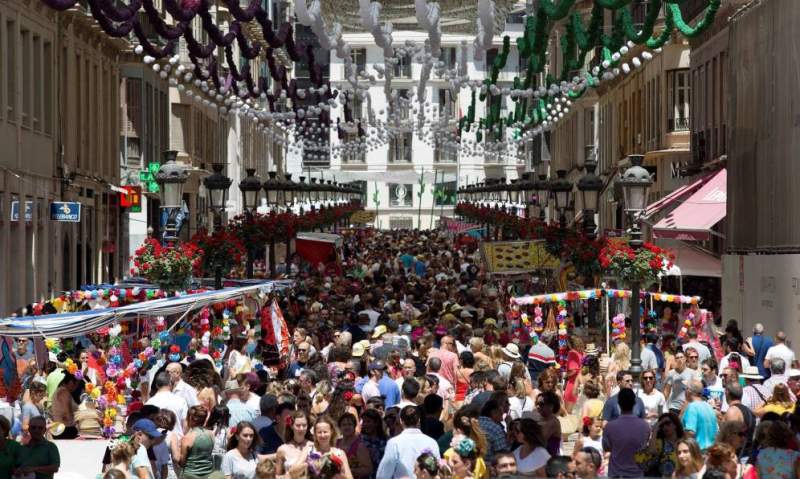 The final decision has not been made, however, the date for the feria is quickly approaching and the decision to allocate €600,000 to musical shows for the cultural event has not gone by unnoticed.

The question on everybody’s mind: will there be a feria in Malaga this summer?

The municipal government has not wanted to give up or bow down to the COVID-19 health crisis, as they believe there will still be time to recover the feria.

This feria typically takes place from August 14 to August 22 and can normally bring in around six million visitors. The opportunity to welcome so many visitors would represent an immense economic injection in a city which is struggling with the consequences of the coronavirus.

An official spokesperson for the city council has stated that “the decision about holding the Fair or not will be communicated at a later date, as other cities have done with their big cultural parties”.

The main beneficiaries of this weeklong party would be the hoteliers and hospitality industry, however they are not as optimistic about the situation.

Rafael Prado, the owner of the Central Cafeteria, located in the Plaza de la Constitution at the end of Calle Larios has said that  “the fair, no matter how small it is and how much economic impact it brings, would be great if it could be organised” however, he recognises that “what really matters now is health”.

The president of the Association of Neighbours of the Centre of Malaga, Alfonso Miranda, cannot understand how they have allocated more than half a million euros to a Fair which is probably not going to go ahead. He notes that “there are rules which surpass the wishes of the city council. It is about avoiding any mass congregations and we are talking about something very important: public health…something you have to be really careful with”.

Miranda questions the necessity to try and go ahead with the feria, “You have to hold respect for those who have passed…we have lived a little wildly…we have always had the opportunity to party and now will be a moment to reconsider”.

A senior manager of the Andalucian Regional Ministry of Health and Families explained that they had no record of any consultation on behalf of Malaga’s City Council to ask them about the fair’s viability in terms of public health.

Daniel Pérez, a municipal spokesman for the PSOE, does not know whether the government team of the Malaga consistory has consulted the celebration with the Ministry of Health. “It is an issue that has not been discussed with the other groups and there is a risk of creating false expectations. It is not about competing with any other municipality ”.

Francisco Moro, director of the MS Maestranza hotel, has doubts that the Fair will be held. This long week of partying (last year it lasted 10 days) represents more than 65% of the turnover for a month of August. Moro speculates “we will see what happens, but health will be complicated. And if it can be celebrated, controlling the risk, it would be a wonder … ”.