Benidorm tourists make the most of it 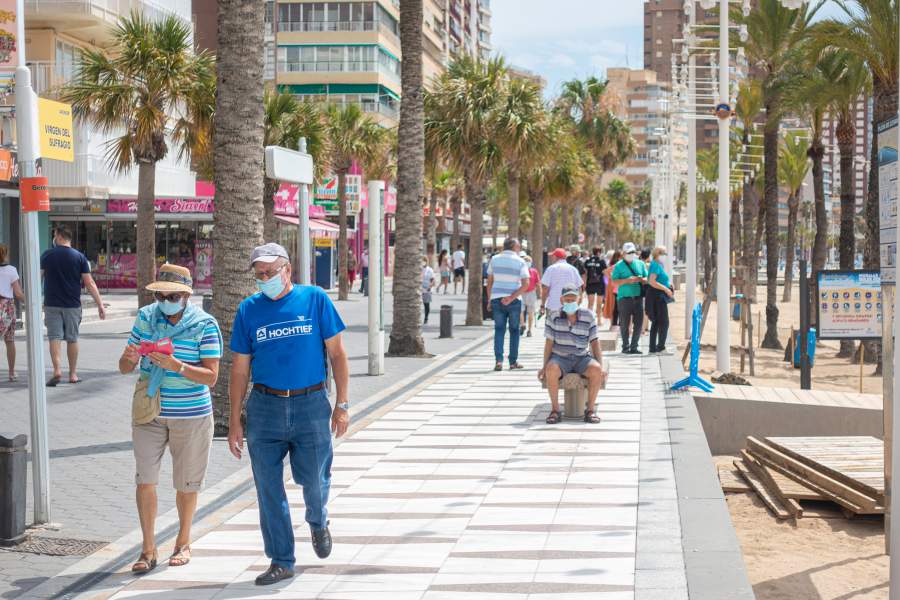 ALTHOUGH there were initial fears for businesses in Spain’s Costa Blanca losing custom due to worries about a second wave of the virus, pictures have appeared in the British press today showing that business is still booming.

Sensible customers are following health measures as they make the most of their well earned holiday time before they have to face the quarantine back home. And rightly so! Reports show that Benidorm, in the Costa Blanca region, has much lower numbers than other areas such as Catalonia and local mayor Toni Perez is striving to make sure he can secure the town a safe air corridor, there is hope that the quarantine could be lifted as quickly as it was reinstated.
The Director de Inteligencia Turística de la Comunidad Valenciana reported more than 600,000 seats with destination/origin United Kingdom were scheduled at the Alicante airport from Sunday, July 26, until September 30 and the revenue from such numbers could certainly keep the tourism sector afloat.
When EWN spoke to business owners from the north of Costa Blanca today they confirmed that business had been on the up and their customers had now begun to feel safe, assured by the different health measures that had been put in place.
Craig Longstaff from very popular restaurant Fishy Fishy in Moraira pointed out that “Although our terrace has been cut to 50 per cent capacity, allowing only six tables, since reopening we have seen a drop from being 50 or 60 per cent down to 20 per cent.”
Good news like this shows that as holidaymakers become accustomed to wearing masks and adhering to social distancing there may be some hope that tourists are able to enjoy the rest of their summer and the businesses will survive what is usually their busiest season.