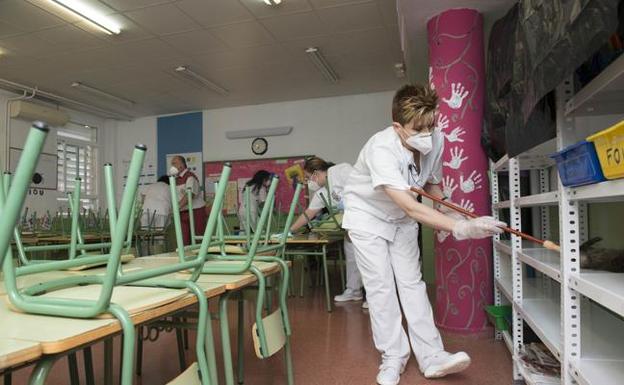 Murcia’s regional health authority has announced the most recent data with regard to Covid figures.
ON Tuesday, September 15 3,287 PCR tests were carried out which detected 370 cases of the virus. This takes the total PCR tests for the region to 197,048 and antibody tests to 66,199.
The total number of diagnosed cases since the start of the pandemic stands at 14,684 with 6,639 at this precise time.
Out of the 370 news cases, 96 are in Murcia itself, whereas the others are distributed between the different municipalities.
From the 6,639 active cases, 6,311 are under home quarantine and 328 in hospital, 59 in ICUs.
This is an improvement on the figures from the previous week when there was panic that the 115 ICU beds throughout the region could end up under pressure if cases rose.
There have been three fatalities reported, all of which were elderly males, within the last 24 hours taking the total during the pandemic to 182, 22 of which were this month.
Three positives have been detected in three centres in different municipalities that require activating the protocols by quarantining all close contacts of people who have tested positive.
Also, today three positives in schools in Alhama, Santomera and Archena.
One of the cases has been detected in the Azaraque de Alhama de Murcia school, where a teacher has tested positive. The team of trackers has determined eight colleagues who are also teachers as close contacts, so these people must be quarantined and follow the health protocol.

At the Madre Esperanza public school in El Siscar, in Santomera, a four-year-old student has tested positive, so the teacher and the classmates (seven students) must also go into quarantine. As it was an adaptation week, only half of the students were in the classroom, so tomorrow the other half of the class will attend normally since they have not had contact with the positive student. The classroom will be disinfected as per the protocol.
The last case corresponds to the José Alcolea Lacal de Archena school, where a four-year-old student has tested positive, also forcing the teacher and her classmates (also seven) to pass quarantine. As in the case of Santomera, only half of the students were in the class, so the rest, who have not had contact with the positive, will be able to go to school normally after disinfecting the classroom.
Thank you for reading, “Murcia suffers Covid fatalities and three positives detected in schools”.
You may also wish to read “Murcia makes a nationwide safe tourism first.”
Euro Weekly News is delighted to continue to be able to bring you a range of News that doesn’t cost you anything but your internet connection. Whether it’s Local Spanish News or International Entertainment News, we’ve got you covered!
For more Local Spanish News, head over the page on the Euro Weekly News website.
Euro Weekly News, the people’s paper, we lead others follow!