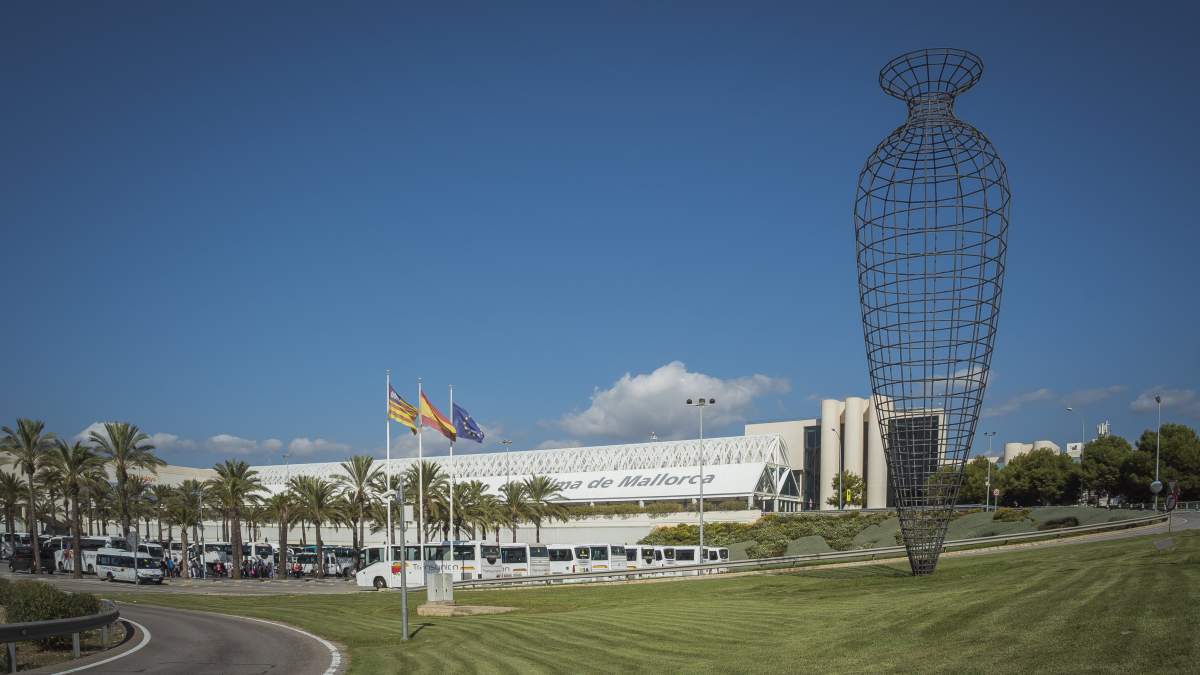 The plane had only just landed in Palma. Credit-Twitter

THE Civil Guard in Palma, Mallorca, has arrested a 29-year-old British man on suspicion of assaulting a fellow passenger and biting off part of his ear, inside a plane that had just landed at Palma airport.
The event occurred last Thursday, September 17, when officers assigned to Son Sant Joan air force base, were called upon by the crew of a plane from Birmingham because of a passenger who had had been aggressive during a flight to Palma.
After the crew denied the man service of any more alcoholic beverages during the flight, the passenger, already in a state of intoxication, ignored the instructions of the crew, tried to open the drinks compartment of the plane himself and even picked up and drank other passengers drinks.
While the officers were gathering data on what happened during the flight, before they boarded the plane, they noticed a fight that was taking place inside the plane. Upon entering they found the young man attacking another passenger, whose right ear had been partially bitten off. The man was immobilised by the Civil Guards who then proceeded to arrest him.
The victim, also from the UK, was transferred to a clinic in Palma where he was admitted due to his injuries. For their part, officers who intervened were treated at the airport for minor injuries.

We hope you enjoyed this article “Drunken yob arrested for biting off part of passenger’s ear on Palma flight”.