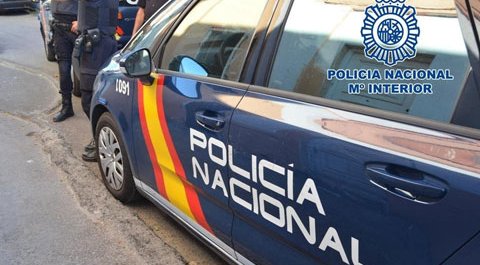 A MAN who threatened his ex-wife and set fire to her house in Moron de la Frontera, Sevilla, has been sentenced to six years and nine months in prison.

The events took place in August 2019, when they had been married for 27 years, but at the time they had been separated for two years and were getting a divorce.

The woman lived in what had been their marital home, and they had a ‘cordial’ relationship, until in June that year, he started sending her messages.

On the morning of August 16, 2019, after sending her text and audio messages regarding the house, he approached his wife while she was walking down the street, showed her a carafe of petrol and told her that he was going to pour it over her and set her alight.

He then went to the house and set fire to the front door. It spread to another part of the building, endangering other residents, but a friend and neighbour had a key and got inside to put out the blaze.

The man later sent messages to his ex-wife saying that she was lucky not to have been inside and claiming that he didn’t care if he went to prison but that he wanted to see her burning and screaming, and wouldn’t stop until he did.

He was found by National Police, but he violently resisted arrested, attacking one of the officers.

He was remanded in prison the following day.

At trial, he admitted to the events and has already compensated his ex-wife with €1,273.

He also paid €180 to the injured officer.

The Public Prosecution was asking for 19 years in prison, but an agreement was reached before the hearing.

He has been issued with a restraining order for five years.