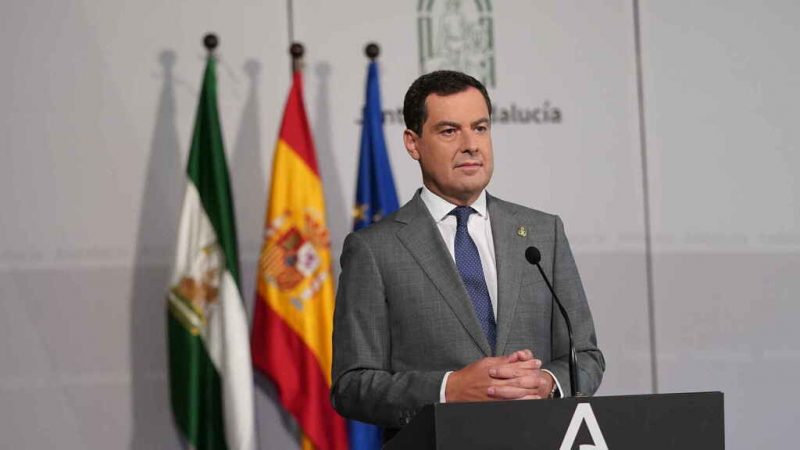 Spain’s Andalucía Told To Prepare for Tighter Restrictions.
The President of the community of Andalucía, Juanma Moreno, has said everybody in the region needs to be prepared for the new measures that will be outlined today, Friday, January 15, that are being made in the face of a third ‘explosive wave of the virus’, as he described it.
Moreno already hinted on a tightening up of mobility restrictions earlier in the week, saying that residents should not turn their homes into ‘miniature restaurants as he put it. That phrase was in reference to the fact that many people invite guests to their homes for meals not realising that virus is spreading so fast they could easily catch it from their close friends or family.
The Minister of Health and Families, Jesús Aguirre, already announced on Wednesday that the new restrictions will be published in the Official Gazette of the Junta de Andalucía (BOJA) on this coming Saturday.
Municipality perimeter closures and lowering of the curfew times are thought to be among the new measures, similar to the restrictions in March 2020. This would mean for instance that if you live in Marbella, you would not be allowed to travel to Mijas Costa, they will be of course exceptions, work and medical reasons etc. The curfew time is expected to be lowered to 6.0 pm at night.
It is at the moment thought that the proposed measures will come into effect just after midnight on Sunday. This is not 100% fixed, and so we will have to wait until the announcement today for the exact details.
Andalucía yesterday registered 5,723 new infections in the community and 29 deaths, while those hospitalized already rise to 1,791 -94 more-, of which 286 are in the ICU. Malaga continues to lead in Andalucía with 1,287 new cases – the second consecutive day on which infections surpassed 1,000. Malaga is closely followed by Sevilla with 976 cases, Cadiz with 849 and Granada with 661 infections. Next comes Almeria, with 582 cases, followed by Cordoba on 490, Jaen with 474 and Huelva with 404.
Please check back later for the announcement on the new restrictions which normally are between 12 midday and 10 pm at night.