Thousands Without Electricity During Snow in Spain's Largest Shanty Town 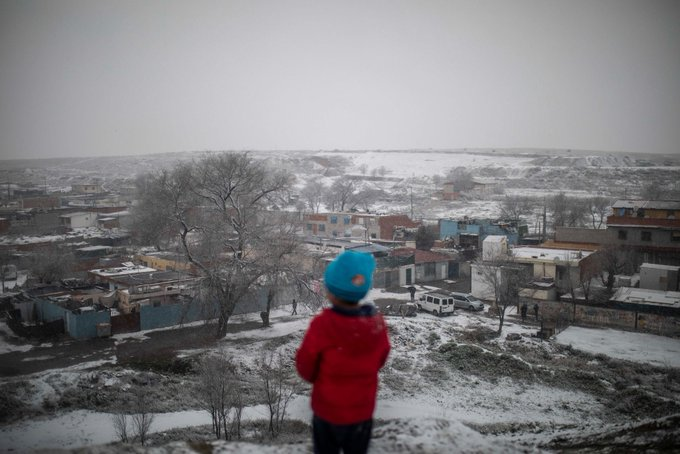 many of the 1800 children of Canada Real have suffered health problems from the extreme cold - Image Source: Twitter

THOUSANDS of residents of Spain’s largest shanty town near Madrid have been without electricity during the extremely low temperatures of Storm Filomena.

Situated 15km from the elegant and dynamic centre of Madrid, the Canada Real shanty town might as well be on a different planet to the rest of the metropolis. In what is thought to be the largest shanty town in Europe, half of its 8500 residents have endured the winter and the recent snowfall of Storm Filomena without electricity.
The government has blamed the lack of power on the camp’s cannabis plantations, whose cultivators hijack the electricity wires to heat their growing operations. Whatever the cause of the blackout, which began in October, has heaped further misery on some of Spain’s poorest families and children.
Reports describe a bleak existence where entire families share a single bed at night, huddled together to survive sub-zero temperatures. While a twenty-minute metro journey can bring them to one of Europe’s most modern city centres, for the 1800 children of Canada Real life is largely spent at the camp in dire conditions.
The Madrid government has provided butane canisters to residents as well as offering shelter during the storm. Many families have turned down the offer due to Covid-19 concerns in the reportedly busy shelters, and have simply asked that their electricity be restored.
In December, a team of United Nations observers slammed the Spanish government over the conditions of Canada Real. “The lack of electricity not only violates these children’s rights to adequate housing, it is also having a very serious effect on their rights to health, food, water, sanitation, and education,” said the rapporteurs.