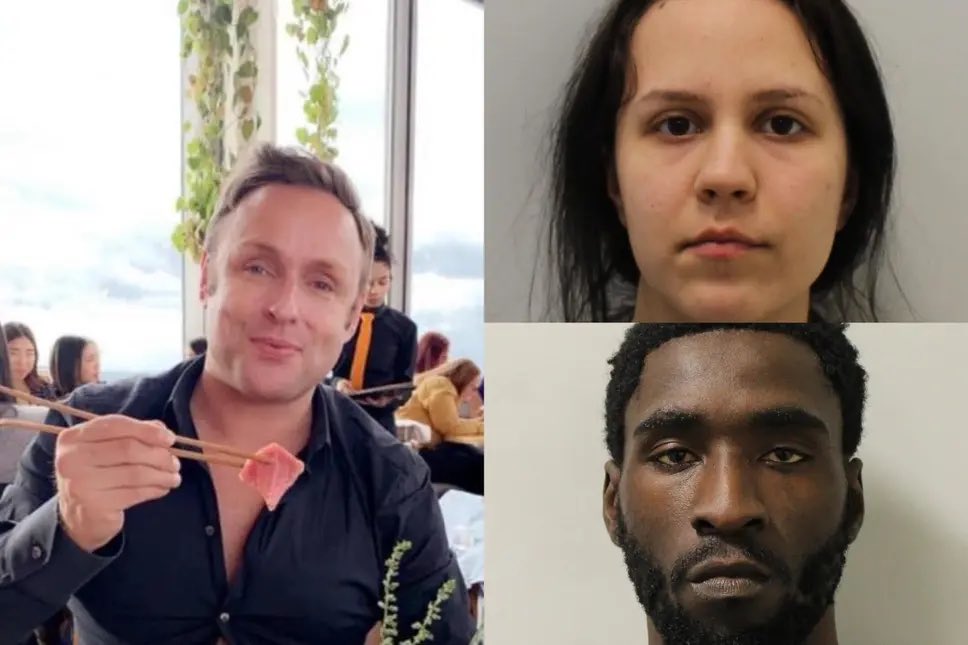 A LONDON killer couple who lured victims on a gay dating app have both been convicted of murdering a professional dancer with a rare poison.

Joel Osei will spend the next 32 years of his life behind bars before he is even considered for release after a Croydon court found that he had administered a lethal dose of rare poison to Irishman Adrian Murphy in the summer of 2019.

The court found that Osei and his 19-year old girlfriend, Diana Cristea, were violent fraudsters who specialised in luring gay men through fake Grindr profiles before drugging and robbing them. Just days before the murder of Murphy, another victim of the duo had been rushed to hospital after being spiked and left naked in public.

Murphy, who was a London-based dance teacher and choreographer from Ireland, was discovered dead in his home by his best friend on June 4th – three days after he had met Osei for a “date”. Detectives found scopolamine on a soft drink can at the scene – a poison that is rare in Europe but common in Latin American abductions.

Murphy’s body contained several times over the lethal dose, while Osei’s fingerprints were discovered on a whiskey bottle in the home. While handing him his lengthy sentence, Judge William Davis told the killer: “You gave Mr Murphy, quite deliberately, a significant dose of a drug which you know could cause death,” adding that Osei had “left him either dying or dead. And what did you do then? You set about using his debit and credit cards which you had stolen.”

Osei, a 26-year old from Seven Sisters in the north of the capital, will not even be considered for release until he is 58 years old. His young accomplice and former girlfriend Diana Cristea, a teenager from Barnet, will be sentenced for murder, theft, and fraud at a later date.