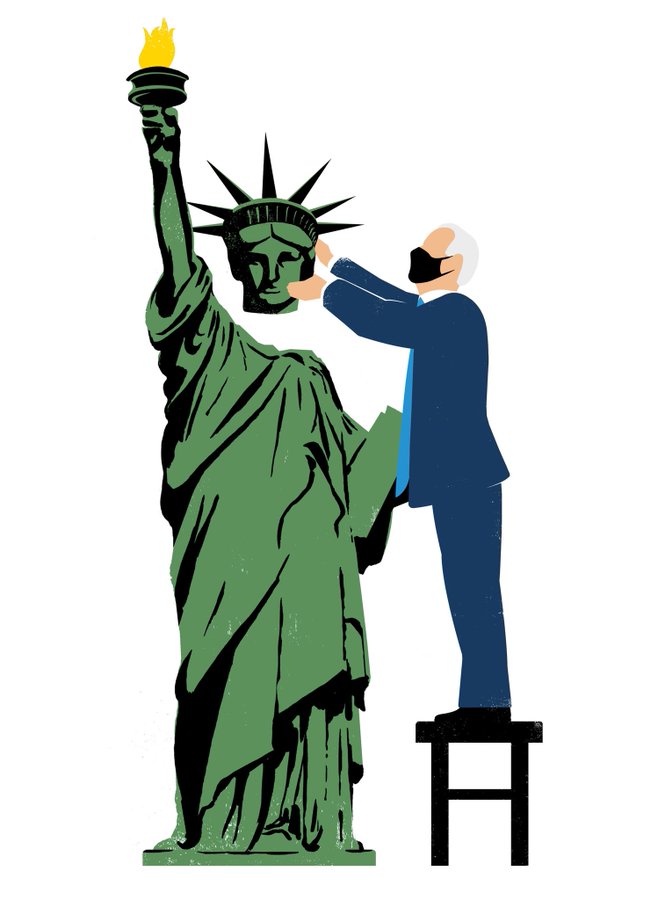 CONTROVERSIAL Donald Trump caricatures arrive at Valencian museum
The Center del Carme Cultura Contemporània (CCCC) in Valencia will welcome the unique art work of controversial artist Edel Rodriguez which will remain on display until September 12. Once described as “Trump’s most hated artist”, Rodriguez has produced art works that depict the former US president holding the severed head of the Statue of Liberty, or a line up which shows the devolution of modern man.
The project was inspired by a documentary about Valencian artist and director of the satirical magazine La Traca, Vicent Miguel Carceller, who was shot by members of the Franco regime. According to the director of the CCCC, José Luis Pérez Pont, the exhibition aims to use humour, satire and political criticism to express the power of the media. The artist himself has an even simpler message, according to Spanish daily Informaction: “Let the Trump administration go.”
Rodriguez hopes that his exhibition will send a message about the “freedom of art”.
“I continue creating even though I have controversy,” he commented on the criticism generated by some of his works now exhibited at the museum.
“When you have an idea you have to release it,” he said, adding that he persevered with the project despite receiving numerous threats over the past few years. In fact, this has contributed to his notoriety, and the artist has become an internet sensation.
Originally from Cuba, the artist has live in the United States since 1980, and according to him there are “the left, the right and ‘Trumpism.’” He explained that living in other countries, as well as under the Trump administration, has proved to him that “extremism does not advance society.”
The culmination of his work sees a caricature of US president Joe Biden replacing the head of the Statue of Liberty which Trump ‘decapitated’.