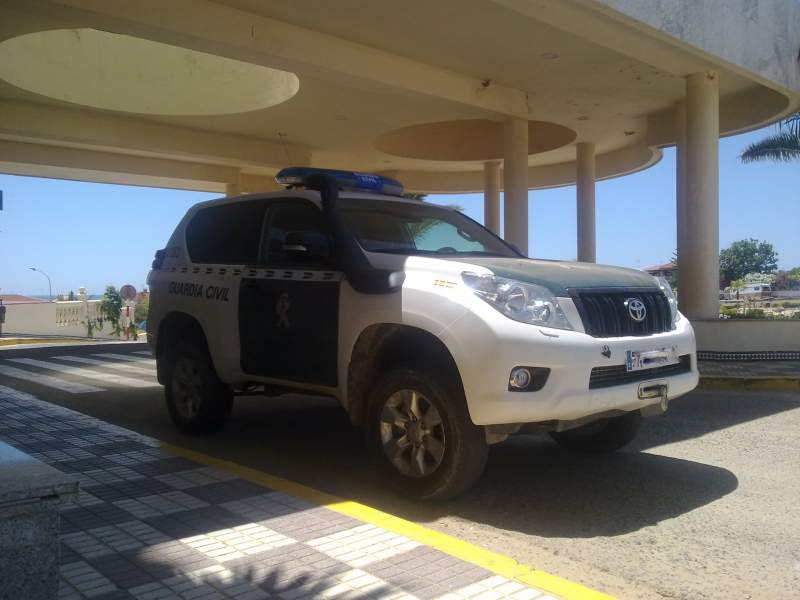 POLICE have rescued 15 malnourished animals from a house in Malaga.

Officers from the Guardia Civil rescued the malnourished animals from a home in Malaga.
The incident took place at a house in Colmenar, Malaga after a concerned neighbour reported seeing several animals who looked malnourished.
The Ladram animal rescue association intervened, reportedly complaining to the council four times without any action taken.  The association said they then reported to the matter to the Guardia Civil’s environmental branch, Seprona, which searched the house and found the animals.
According to newspaper Sur, Colmenar Local Police first visited the home and the owner showed officers four of the animals which were in better condition.  However, the Guardia Civil found the animals were being kept in poor conditions.
Police reportedly found 13 dogs and two cats and worked to allow the animals to be taken by the Ladram association to be looked at by vets.
Vets reportedly found infections in almost all the dogs, as well as fevers diarrhea, lymphadenopathy, and multiple diseases associated with lack of care. In addition, one of the dogs has had two limbs amputated, limiting its mobility.
The Ace/Shin association, located in Mijas, has taken charge of sheltering the animals while they recover and their adoption is processed.
Commenting on the case, the Ladram association spoke about “the need to carry out the surveillance and inspection tasks, according to the animal protection law in force.”
They added: “If the neighbour had not contacted us, those dogs could be dead.”
The news comes after the Costa del Sol’s Triple A animal shelter has reached an agreement with the town hall to move to a nearby 7,000 square metre plot while works are carried out to their current facilities.
Triple A looks after hundreds of dogs on the Costa del Sol.