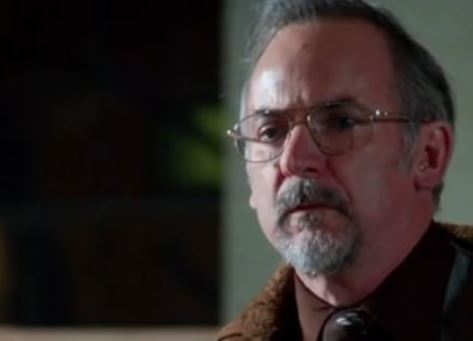 Sadly, it has been announced that Paul Ritter has passed away after suffering from a brain tumour. The actor was only 54 years old and was known for both his TV work and movies alike.

Some of his best-known film roles included Quantum of Solace, Harry Potter and the Half-Blood Prince, Son of Rambow, and The Eagle. He had also delighted many fans with television programme appearances including Friday Night Dinner, Vera, The Hollow Crown and The Last Kingdom and No Offence as reported in the Birmingham Mail.

Paul’s agent announced the sad passing of the talented actor and said, “It is with great sadness we can confirm that Paul Ritter passed away last night,

“He died peacefully at home with his wife Polly and sons Frank and Noah by his side. He was 54 and had been suffering from a brain tumour.

“Paul was an exceptionally talented actor playing an enormous variety of roles on stage and screen with extraordinary skill. He was fiercely intelligent, kind and very funny. We will miss him greatly.”

Fans will still be able to see Ritter on screen as the Friday Night Dinner 10th anniversary retrospective is due to air on Channel 4 later in the year.

Robert Popper, Friday Night Dinner writer took to Twitter to pay his respects and said, “Devastated at this terribly sad news. Paul was a lovely, wonderful human being.

“Kind, funny, super caring and the greatest actor I ever worked with x”

Friday Night Dinner producers Big Talk, have sent their condolences to Paul’s family and said, “He was a brilliant, kind and talented man much loved by everyone who was lucky enough to know and work with him, and Paul will forever be part of both the Big Talk and Friday Night Dinner families.

“Our thoughts are with his own family at this time and following their wishes we will be making a donation to the Old Vic Impact Fund.”