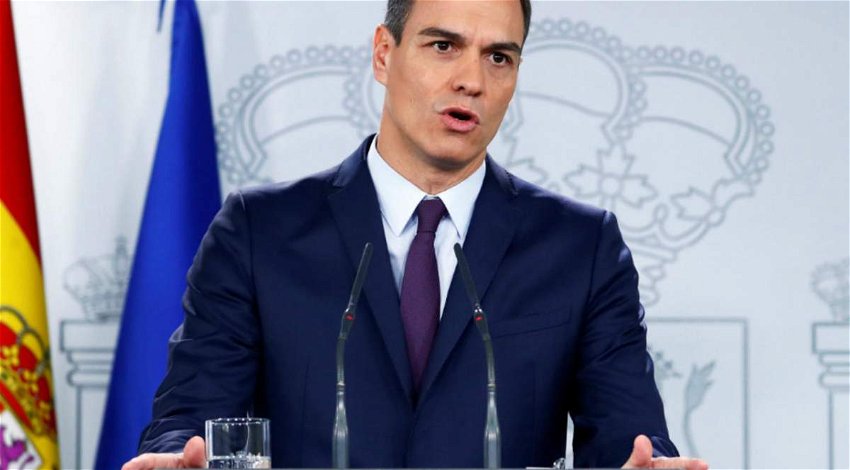 PRESIDENT Sánchez has today announced the vaccination schedule for Spain.

Pedro Sánchez, The President of the Government, has today announced the vaccination schedule and assures the plan is “prudent and conservative” with regards to terms and figures.

As well as this, Sanchez has announced that the government will not extend the state of alarm past May 9, with Sánchez saying: “We want May 9 to be the endpoint of the state of alarm, and we are working on this.”

The most important milestone will be at the end of August when the Government expect that 33 million Spaniards will have been “immunised” – meeting the target to immunise 70% of the population as set out by the Executive.

The vaccination pace can be sped up with the Janssen vaccination since one dose is sufficient enough for immunisation. This vaccination will also be administered to those aged between 70 and 79 Sánchez has said.

It has been announced that by next week, April 12 to April 18, there will be “more immunised people than infections”, which is the most crucial and immediate objective.

The next step in the schedule is to have 5 million completely vaccinated by May 3, and twice as many (10 million) in early June.

Following this, just one week later by June 14, 15 million people are expected to be vaccinated.

The following week, just before the start of summer, 25 million people will have received the vaccination.

Sánchez also said that between the months of April and June, 38 million vaccines from Moderna, Pfizer, Janssen and AstraZeneca are expected to arrive. If this is extended until September then 87 million doses are expected. Sánchez said that diversifying the purchase of vaccines, because of the issues with the Oxford AstraZeneca, will also contribute to an increase in vaccinations, claiming the downfall of other European countries was relying on one single supplier.

Sánchez pointed out: “This means receiving 3.5 times more doses than in the first trimester.” When the 87 million doses arrive, Sánchez has promised that “any compatriot who wishes can be vaccinated in this period.”