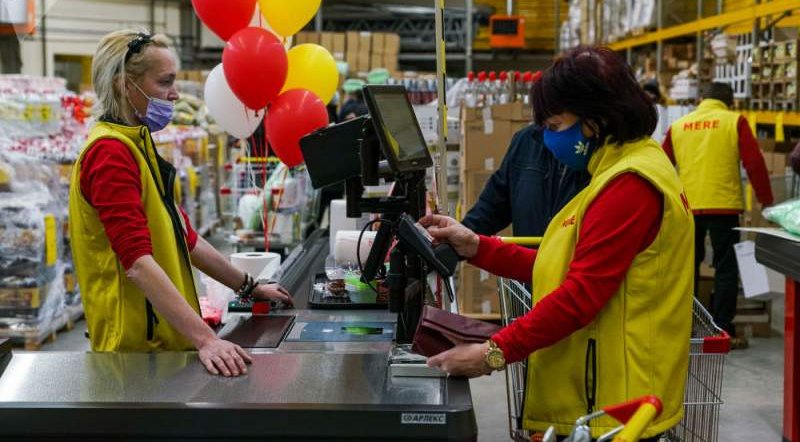 Russian discount supermarket chain to open one of 40 giant stores in Alicante, creating 210 jobs.
Dubbed the ‘Russian Lidl’, Mere is set to open a new store in Dynamia Commercial Centre in Petrer in June, creating 60 direct and 150 indirect jobs.
The move is part of the company’s strategy to open dozens of large stores across Spain.
The Alicante supermarket will occupy an area of 1,400 square metres on the ground floor, one of the largest in the country.
Juan Miguel Alonso, director of the project negotiated the move with the shopping centre management, MGI and Hipogés, and said the opening of the Mere store “is a great commercial boost for the centre since it will see a guaranteed influx of about 1,000 people a day, with an average spend of €50”.
This, he added, “will benefit the small and medium businesses that currently occupy the rest of the facilities”.
According to the Russian chain, MERE stores are “distinguished by a diverse range of high-quality products and an optimal price-quality ratio”.
“With our unique experience in the supply of fresh products, we are far ahead of other market players. Our partnerships are built not only with large manufacturers but also with small local suppliers, which allows small entrepreneurs to consistently supply their products to our stores,” said the firm.
It added: “The unique concept of the retail chain is focused exclusively on professional manufacturers, legal entities and individual entrepreneurs.”
The ‘no frills’ concept means that most goods are sold from pallets, boxes and large fridges, which according to the chain, means that prices are between 10 and 20 per cent more competitive than its competitors.
The stores also stock a large range of non-food items.
Mere is the commercial name of Russian operator Svetofor, which was founded in 2009 for its expansion into Europe.