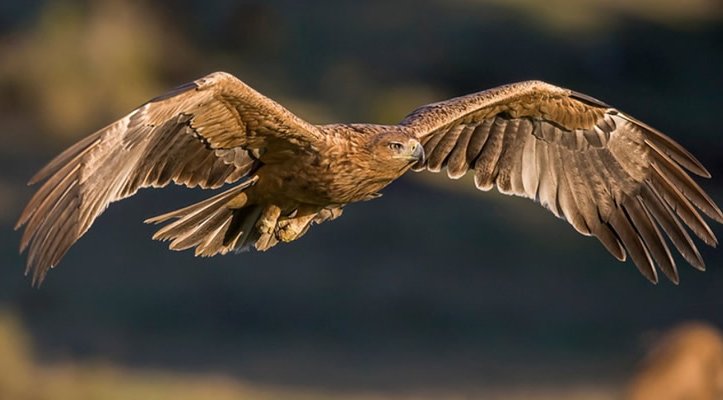 According to data from the 2020 balance sheet of the Iberian Imperial Eagle Recovery Plan, Andalucía is home to more than 20 per cent of Spain’s breeding pairs of the endangered Iberian Imperial eagle species of bird, whose research has discovered that the Andalucían environment is the ideal habitat for the breeding and conservation of this species.

The province has shown a 6 per cent increase in nesting and breeding pairs of the bird in 2020, going up to a registered 123 pairs, which is the sixth year in a row that the number has risen, meaning that the species is slowly moving out of the endangered bracket, according to the European Union’s own bird and habitat directives.

This data is proof that all the hard work by the Ministry of Agriculture, Livestock, Fisheries, and Sustainable Development for the conservation of this elegant bird of prey is paying off.
A report shows that 50 pairs of this eagle have made their home in the province of Jaén, followed by Cordoba with 32 pairs of eagles, Sevilla with 27, and the remainder divided between Huelva with 6, Cádiz with 5, and Granada with 3 couples.

The viability of the Andalucían environment as being suitable for this bird is shown by the numbers nesting in the Sierras Béticas de Jaén, as well as in the Sierra Morena, while Granada and Cádiz have become a recently added area for their registered nesting.

Sadly, the high rainfall during the 2020 breeding season caused the recorded collapse of 12 nests, but, the pandemic has led to the birds being left on their own in nature, with even the monitoring teams not being able to work as often as normal

A total of 138 imperial eagle pups were recorded last year, out of which, 122 are known to have successfully flown the nest, the second-highest figure after the 130 registered in 2019.

Carmen Crespo, the Minister of Agriculture, Livestock, Fisheries, and Sustainable Development, praised the work of the department’s technicians, “The commitment of the experts of the Ministry in the conservation of the imperial eagle is extraordinary and, despite all the obstacles caused by the pandemic, they have done a great job that has paid off”.

Works carried out by this department have included in the Doñana Natural Area, the repair of nesting platforms, the emergency rescue of five hatchlings and their subsequent release, the installation of GPS transmitters in 13 chicks and the release of 3,350 partridges in 17 farms in Sierra Morena, and another in Granada to reinforce the prey population, resulting in an increase in reproductive success in 35 territories of Andalucía, as reported by juntadeandalucia.es.