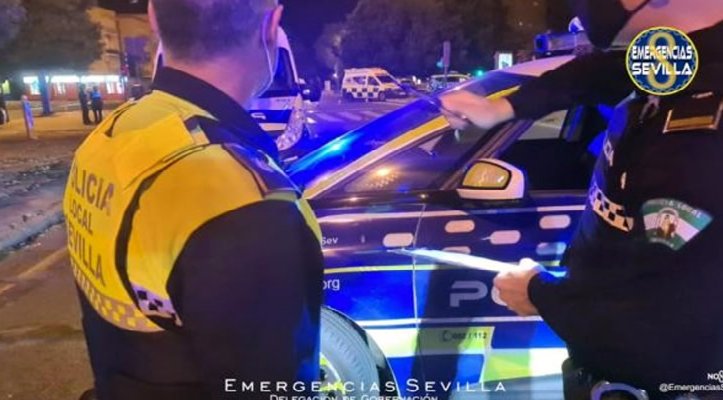 The incident occurred on the SE-30 when a police patrol joined the road from Avenida de Andalucía and observed a passenger car occupied by three people passing them at high speed, at which point the police activated the siren and lights to tell the vehicle to stop, “to which the driver ignored and started to flee, in which he reached speeds close to 200kph” said a statement from the Town Hall.

A high-speed chase ensued, with the vehicle turning off the roundabout towards Avenida de la Paz, jumping the dividing wall and driving in the opposite direction, dodging the vehicles that were coming towards it, continuing for several kilometres to the Polígono el Refugio, where, while trying to make a U-turn, it collided with a patrol car.

Instead of stopping after the crash, the driver reversed the vehicle, colliding with another patrol car, a set of traffic lights, coming to a halt as the vehicle hit a palm tree, at which point the driver tried to escape on foot, but was intercepted by police officers.

The driver was arrested before being taken to the Virgen del Rocío Hospital for treatment to his injuries, and later transferred to the police stations where he was remanded in custody, at which point it was discovered that he had been disqualified from driving in 2016, and had racked up another 16 arrests since that time for driving without a licence, along with 19 other arrests.