Brentford Promoted To The Premier League 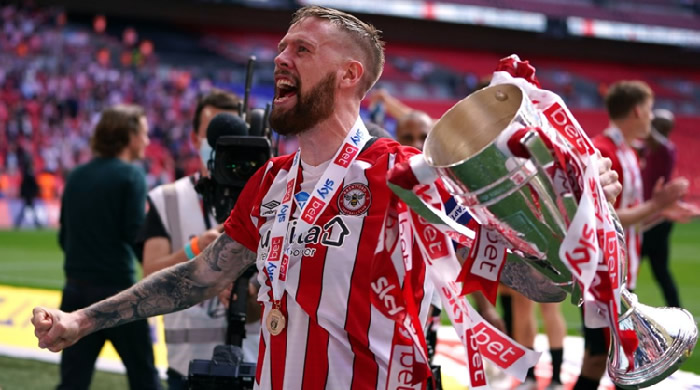 After nine attempts of playing in the Championship play-offs, Brentford have finally made it into the Premier League, after defeating Swansea City 2-0 at Wembley Stadium this afternoon, Saturday 29.

Having lost in last year’s play-off final to Fulham, this season, the Bees were determined to make it tenth time lucky, after 47 years they will now be able to look forward to kicking off next season in the top-flight.

Swansea were also beaten in the play-off semi-finals last season by Brentford, and are now consigned to a fourth season in the Championship, after dropping down and not yet finding their way back up into the Premiership.

Brentford were up for it from the very first whistle – in a match that historically is a very nerve-wracking encounter – and this intensity surely led to the opening goal as Swans keeper Freddie Woodman brought down the charging Bryan Mbeumo after only ten minutes, to allow Ivan Toney to slot the resulting penalty home with his usual composure, to give Brentford a 1-0 lead.

A second goal knocked the wind out of Swansea’s sails on 20 minutes, after a lightning counter-attack saw Mbeumo run half the length of the Wembley pitch, passing the ball to ads Roerslev, who in turn pulled the ball back for Marcondes to slot goal number two into the Swansea net.

Just one minute later the match could have been settled before halftime had Toney’s 20-yard rocket not hit the Swansea crossbar and bounced away, leaving the score at 2-0 at the break.

A lively start to the second 45 minutes saw the Swans come close to lowering the deficit, but Andre Ayew, in a perfect position to score, totally mis-headed a great cross from Connor Roberts.

When Fulton made a very poor challenge on Mathias Jensen, resulting in his seeing a red card after 65 minutes, the match was over for Swansea, to see Brentford promoted.