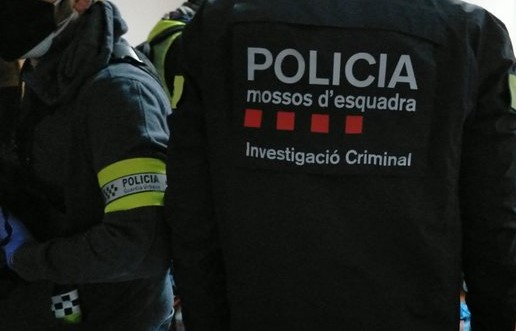 The Mossos d’Esquadra in Barcelona are investigating the death of a four-year-old girl in Sant Joan Despí, after she was discovered at the family home with her mother, in what initially appears to be a case of suicide.

According to police sources, an alert was raised when the 35-year-old woman’s ex-husband had gone to collect the girl from school, only to be informed that the minor had not attended the school that day, and after attempting, and failing, to contact the mother or the child on the telephone, he notified his ex-mother-in-law about his concern for the two of them.

Accompanied by his other daughter he went to his ex-wife’s home where he reportedly found the mother and child on the bed, seemingly lifeless, accompanied by medicines and goodbye notes, some addressed to specific persons, according to El Pais.

At around 6.30pm a call was made to the Emergency Medical System (EMS), who promptly deployed an emergency unit to the home, where the health professionals were able to revive the mother, but not the child, who was confirmed dead at the scene, where it is thought the mother had first administered an overdose to the child, and then took medication herself.

Mossos d’Esquadra officers have launched an investigation to determine the circumstances of this incident, as the mother worked in a pharmacy in Barcelona city, so would have had access to medicines, and a judge has decreed secrecy to surround the case, and no further information has been made available at this time by the Catalan police force.