The DGT Camouflaged Vans Have A New Mission 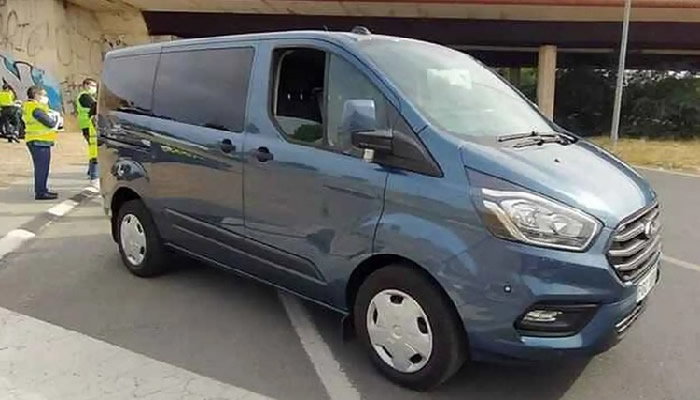 The DGT Camouflaged Vans Have A New Mission. image: dgt

The camouflaged vans used by the Directorate General of Traffic (DGT) have been traveling around Spain for some time now in search of drivers who commit infractions, and the officers manning the vans are under strict instructions to watch out for drivers using mobile phones while driving.

Pere Navarro, the director-general of the DGT has declared war on drivers and confirmed that a total of 15 camouflaged vans will patrol the roads of Spain, with the sole purpose of ensuring that drivers do not use their cell phones, and be aware that if the officers catch you even just holding your smartphone – not using it – you could be fined €200, and the deduction of six points from your driving licence.

Originally, drivers were only fined if they were caught using their mobile, but now, Mr Navarro has decided to tighten the criteria, and just holding it can be a reason for a fine, and his squadron of camouflaged vans is dedicated to this.

Why has the DGT bought undercover vans, and not cars, it was asked, to which, Lieutenant Martos, from the Traffic Group of the Guardia Civil, told El Español publication, “We, with the height of these vehicles, can better detect infractions and distractions that drivers may commit behind the wheel. Something that, with normal vehicles, we would not see”.

The Benemérita officer also answered forthrightly when asked why the vans are camouflaged, saying, “The function of the camouflaged vans is to detect infractions that otherwise would be much more difficult to see, because if a driver sees a Guardia Civil patrol vehicle, or any other police vehicle, approaching, they will stop doing the punishable behaviors”.