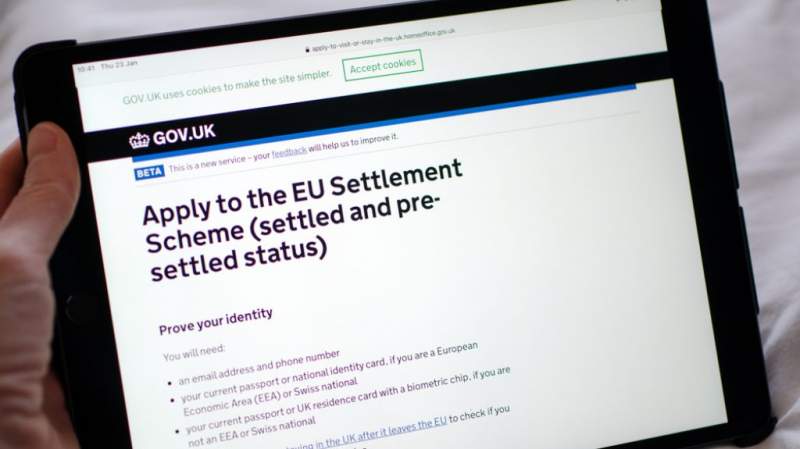 Calls for law change to protect EU citizens in the UK when post-Brexit residency deadline ends.

Campaigners are calling for a change in the law so the rights of EU citizens and their families who continue to live in the UK will be automatically protected when the post-Brexit residency deadline ends.

Charities and campaign groups said. A “tweak” to legislation is needed to ensure they do not face discrimination at work, in getting housing, accessing healthcare and benefits after the deadline to apply for residency under the EU Settlement Scheme (EUSS) passes on Wednesday, June, 30.

EU citizens and their families have been asked to apply to the Home Office scheme by letter to confirm their immigration status in order to continue living and working in the UK now the Brexit transition period has ended.

There have been calls for an extension to the scheme amid delays and difficulties during the pandemic – and there is a backlog of around 400,000 cases awaiting a decision – but the Government has so far decided against this.

One woman, who has lived in the UK for 44 years, said the stress caused by trying to apply to the scheme made her feel suicidal, while another said she has been made to feel like a “third-rate citizen” waiting months for a decision.

At the same time, charities estimate that thousands of EU children living in the UK will become undocumented this week because applications are yet to be made on their behalf.

It comes after care groups warned a substantial number of social care workers and their employers are not fully aware of the scheme and urged the Government to rethink its position amid concerns about the repercussions it could have on the sector.

A newly published report has stated that: “A number of recent studies give considerable cause for concern with regard to the number of EEA+ nationals unaware of the scheme, or of the deadline.”

The York University/Economic and Social Research Council study goes on to describe the 30 June as a “timebomb” after which people and businesses could face “imminent problems, pitfalls and risks”.

It said: “It is now clear that a significant minority of EEA+ nationals will fail to register by the deadline. If they do not qualify as having a good reason for missing the deadline, they automatically and irreversibly lose their right to reside.”

Any EU citizen who has not applied to the EU Settlement Scheme by 30 June will be classed as an illegal immigrant and could face removal from the UK. Organisations employing EU citizens without settled status, or without claims being processed, could also face severe penalties for using illegal labour, despite having made statutory right to work checks in line with Home Office rules.