Jaen’s most dangerous electricity pylon for bird deaths is demolished 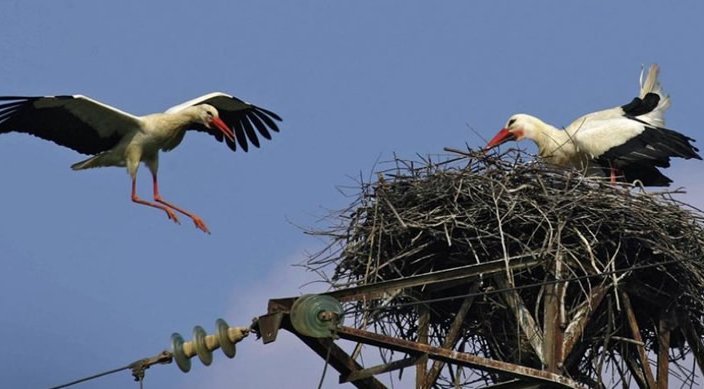 Jaen’s most dangerous electricity pylon, responsible for the death of more than 50 birds of prey, has been demolished

In a joint effort between the Aquila a-LIFE project and the Ministry of Agriculture, Livestock, Fisheries and Sustainable Development of the Junta de Andalucia, with the collaboration of a private owner, an electricity pylon considered to be a black point in the electrocution of birds, and said to be the most lethal in the province of Jaén, has been demolished.

Fifty pylons of a privately-owned power line that runs through the municipalities of Linares and Bailén have also been corrected thanks to this three-way collaboration, after more than 50 birds, most of them raptors, have been electrocuted along this line in recent years, according to the conservation entity Grefa, which coordinates the Aquila a-LIFE project.

Since its launch more than three years, Aquila a-LIFE has made it possible to rectify more than 3,200 electricity pylons that were dangerous for the Bonelli eagle, a species whose recovery is the objective of this project supported by the EU.

The corrected power line, specifically in the ‘Las Yeguas’ farm, is the first privately owned one to benefit from these funds in Andalucia, with Ernesto Alvarez, the president of Grefa saying, “During recent years, more than twenty raptors, including six Bonelli eagles, have been electrocuted in this line, but the new arrangement we have made should result in fewer bird deaths”.

In addition to Andalucia, Aquila a-LIFE has acted to correct power lines in the Community of Madrid, and other areas of the central peninsula, in Navarra, Alava, Mallorca, and Sardinia.

According to data from the Ministry for the Ecological Transition and the Demographic Challenge, more than 33,000 birds die annually in Spanish territory due to electrocutions or collisions in power lines, as reported by 20minutos.es.