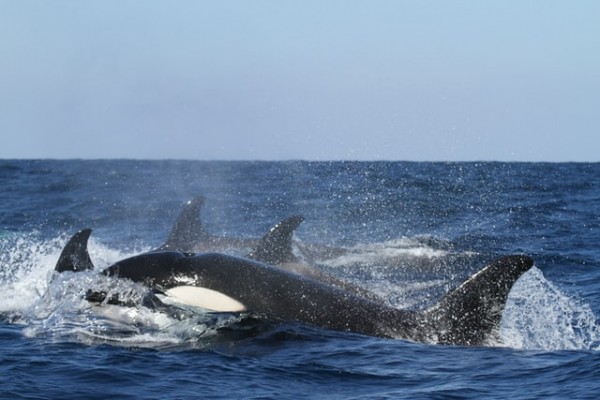 An expert offers his theory on why killer whales are attacking boats in the Strait. image: wikimedia

KILLER WHALE attacks on sailboats off the coast of Cadiz have increased, with 56 reported since March

Due to an increase in attacks by killer whales on boats sailing off the coast of Cadiz, local authorities have issued a notice restricting the use of sailboats less than 15 metres in length in the stretch of water between Cape Trafalgar and Barbate.

Since March, there have been 56 reports of such incidents involving these cetaceans, with many of the vessels suffering a breakdown of some sort in their steering mechanisms as a result of this increase in attacks.

Ezequiel Andreu, a researcher working in the Atlantic Orca Working Group, commenting in relation to the incidents with orcas suffered by sailboats in the surroundings of Tarifa and Barbate these last months, said that it is important “to follow the protocol that has been developed, and that is based on the experiences that have taken place in July of last year, when there were the first interactions, of which there is a reference, and in which there has been a rudder break”.

Speaking with Canal Sur Radio, and reported by Europa Press, Andreu explained that “this protocol only indicates that the ship should stop, continue navigating, stop the autopilot, do not move the rudder, because it is the element that attracts them, do not place the body out of the boat, do not make any kind of noise, and wait a prudent time after having contacted the maritime traffic and control devices through the VHS to give warning of the observation”.

Andreu was quick to point out that “it is preferred to speak of interaction, and not of attack, because there is no intention on the part of the killer whale to destroy anything, or to attack, but they are interactions that occur, which can lead to breakages of the rudder”, adding that the affected boats are normally, “sailing boats with their rudder showing, that are far from the propeller, and can end up broken, especially when a series of measures are not followed”.

Asked what makes the orcas carry out these “interactions”, Andreu replied that “why they do it is still not really known, even with the information that is available, and, in fact, since they are animals, we may never be able to answer exactly, and, in any case, it is not about what is being done wrong, it can also be a behavioural pattern, learned and repeated over time, transmitted to the rest of the groups”.

Regarding a potential danger for bathers, the researcher has revealed that “you must always be very cautious, but there are no records that orcas have attacked bathers, or even anyone who has fallen from a boat. The fear is that a sailing vessel may be left without a rudder and adrift, and this is what must be avoided, hence the development of the protocol and its compliance”, warning that ” throwing anything at the animals is not going to scare or frighten them, in fact, the opposite can happen”, as reported by lavozdigital.es.