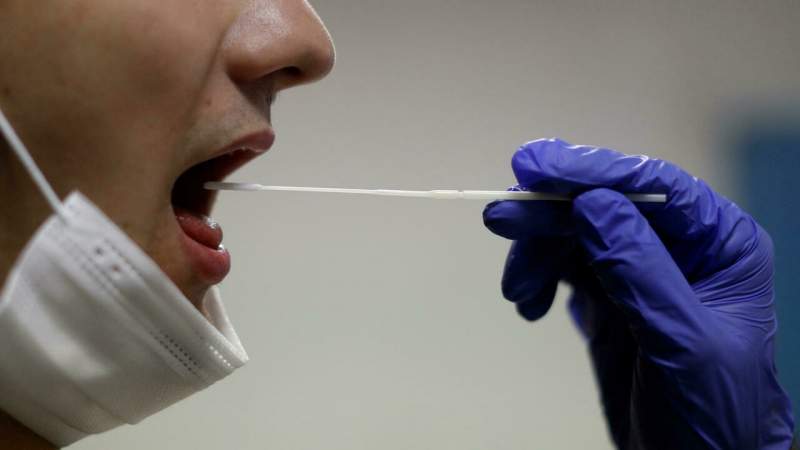 Researchers say they have developed a cheap alternative PCR test that gives results in just 10 minutes.

A new Covid test purported to be quicker than the current lateral flow one and as accurate as a PCR could be rolled out in just three months.

The device, a swab analyser, has been developed by experts from the University of Birmingham and is said to give an on-the-spot result in as little as three minutes.

Rapid lateral flow tests are currently the fastest diagnostic devices available on the market, giving a diagnosis in under half an hour, however, they are less reliable and cannot be used for foreign travel.

A study of the new test – known as RTF-EXPAR – found its accuracy was ‘equivalent’ to PCR, producing the correct result more than nine in ten times. In a timed trial, the device spotted the Covid contagion in eight minutes compared to the 42 minutes it took for a PCR to detect the virus in the same sample.

A PCR test normally takes a full day on average to deliver a result because of the time it takes for the sample to be sent to a lab for analysis and then returned back to the applicant.

The new method involves a throat and nose swab sample inserted into a machine that scours for the virus’ genetic material and amplifies it many times over. It must be carried out by a trained professional.

One of the researchers behind the test said it would be ‘ideally suited’ to airports, and, with commercial backing, could be rolled out in three to six months

While an exact cost has not been revealed, the research team has promised it will be ‘much cheaper’ than any current PCR test.