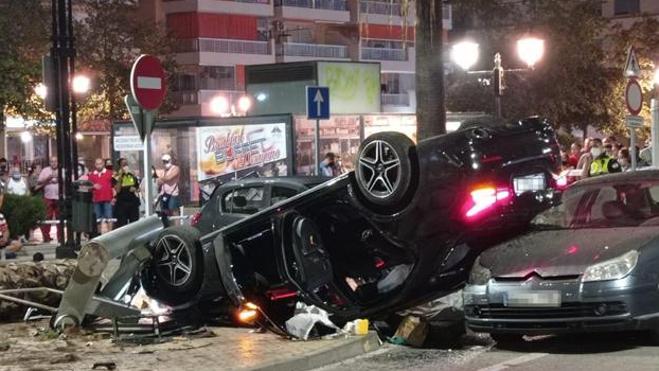 Increase in traffic leads to seven deaths on the roads of Malaga in just 10 days.

The province of Malaga has registered a massive increase in traffic over the last few weeks as it experienced the peak of the holiday season.

Unfortunately, this increase in traffic has led to up to seven fatalities on the roads in the last 10 days. “However, we will have to wait for the final balance of the summer to be able to compare this data with other seasons,” warned the provincial deputy chief of Traffic in Malaga, Pedro López de la Cámara Villegas.

The Andalucian Emergency Service 112 confirmed a fatal accident had occurred on Thursday night, August 19. The accident occurred at  9:10 p.m in Benalmádena, witnesses told police that the accident happened between a passenger car and a motorcycle at kilometre 222 of the AP-7.

Help was requested for the motorist and Emergencies transferred the call to the Guardia Civil Traffic division, road maintenance and health services. However, on arrival at the scene, and despite all efforts, this 51-year-old man could not be saved.

This case brings to an end a series of grim days in the province of Malaga as five motorists lost their lives, in addition to the driver who died in Estepona and a cyclist who died after being run over in Fuengirola by three Frenchmen.
The Guardia Civil are still searching for the driver of a high-end vehicle that fled after running over an 18-year-old motorcyclist in Marbella. The accident occurred at dawn on the AP-7, after a short investigation, police fear the motorist has fled to the UK.
The boy who was run over died in the Intensive Care Unit (ICU) of the Regional Hospital last Saturday, August 14. Investigations are continuing into this case.
The provincial deputy chief of Traffic in Malaga, Pedro López de la Cámara Villegas, has called for responsibility behind the wheel. “Traffic these days has increased by 2.6%, which means that there are more movements and extreme caution must be exercised on the roads,” he said.