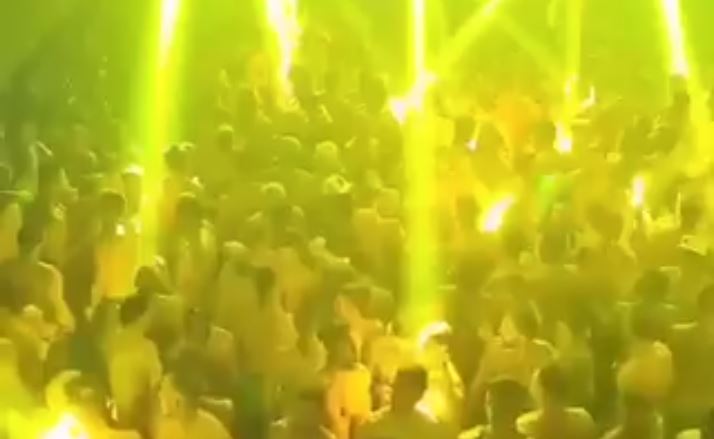 Matrix Sun Festival partygoers ousted by police in Torremolinos.
Local police officers from Malaga’s Torremolinos have ousted partygoers early on Sunday morning, August 22, from the venue where the festival was being celebrated. Partygoers were seen breaching coronavirus restrictions including not wearing masks and not following social distancing guidelines.
Officers shut down the party shortly before it was due to finish. According to Europa Press, municipal sources confirmed that “occasional problems” had been had with some of the eventgoers, who had to be sanctioned.
The Matrix Sun Festival began last Monday and this party was just one of events. The events are being held in a hall which is being rented out specifically for the festival. According to the same sources the town hall had tried to prevent the Sunday party from even being held.
Many partygoers took to social media to share videos from the festival’s various events. Even days ago videos showed people not respecting social distancing and not using masks. They were also seen dancing. The videos appeared to show that capacity restrictions due to the ongoing coronavirus pandemic had been breached too.
As reported 20 minutes, “The province of Malaga is in level 2 since Thursday -before it was in level 3 with greater restrictions-, which implies, in nightlife, that the capacity is reduced to 50%, with musical performances only outside and dancing is not allowed.”
In other Spanish COVID news, Covid claims new mum’s life after C-section birth in Spain’s Gijon.
Sadly on Wednesday, August 18, a 37-year-old woman died after having given birth to her baby by C-section. She died of Covid in Spain’s Gijon at the Cabueñes Hospital, according to health sources.
According to the health sources, the pregnant woman was admitted to Gijon hospital’s ICU department. She is said to be of Colombian origin and had spent seven days in hospital due to being infected with the coronavirus. She was also suffering from respiratory difficulties too.