Andalucia and Murcia collaborate on digitisation 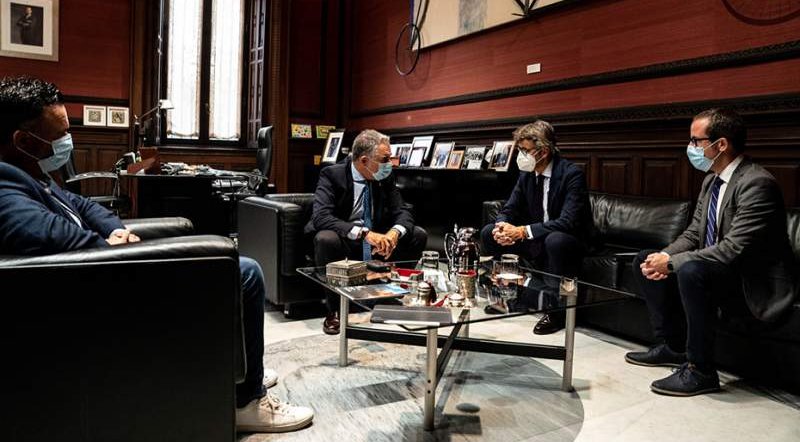 Andalusia and Murcia collaborate on digitisation

Andalucia and the Region of Murcia are exploring ways of collaborating in digitisation to move towards a more agile, efficient and modern administration adapted to the needs and demands of citizens.

The head of the Presidency, Public Administration and Interior of the Andalucian Government, Elias Bendodo, and the Minister of Economy, Finance and Digital Administration of the Region of Murcia, Luis Alberto Marin, have held a working meeting in which they have addressed, among other issues, the commitment to the digitisation.

Digitisation, Bendodo pointed out, “is one of the pillars on which the economic recovery pivots” after the Covid-19 pandemic. Marin explained that both have sought joint solutions “to one of the future challenges that the two communities share, such as the unstoppable and essential process of digital transformation.”

“The way out of the crisis generated by the pandemic necessarily passes through digitisation, and the integration in all areas of the administration connected technologies of the latest generation such as robotics, Big Data, augmented reality or artificial intelligence”, added the Regional Minister of Murcia.

During the meeting, the head of the Treasury of the Region of Murcia learned about the Andalucian Digital Agency (ADA) project, a body that has been launched by the Andalucian Government to facilitate the full digitisation of society in order to improve the lives of citizens and boost the community’s economy.

In addition to the opportunities for the creation of wealth that the digital transformation of the territories entails, Bendodo has pointed out that digitisation cannot create first-class and second-class citizens, but must be used as an opportunity for all citizens to have access to the same services as well as being useful to combat the depopulation of rural and interior areas.

“In the Region of Murcia, we are immersed in the process of defining and developing a Digital Agency that centralises all computer and telematic services and allows us to advance, at no additional cost, towards a digital administration with a structure and organisation adapted to a new dynamic and constantly evolving society.

“An administration in which the talent of our human resources is integrated with the most advanced technologies and that, in short, offers citizens a better service at a lower cost”, stressed Marin.