Catch up with the latest news in brief from across Mallorca 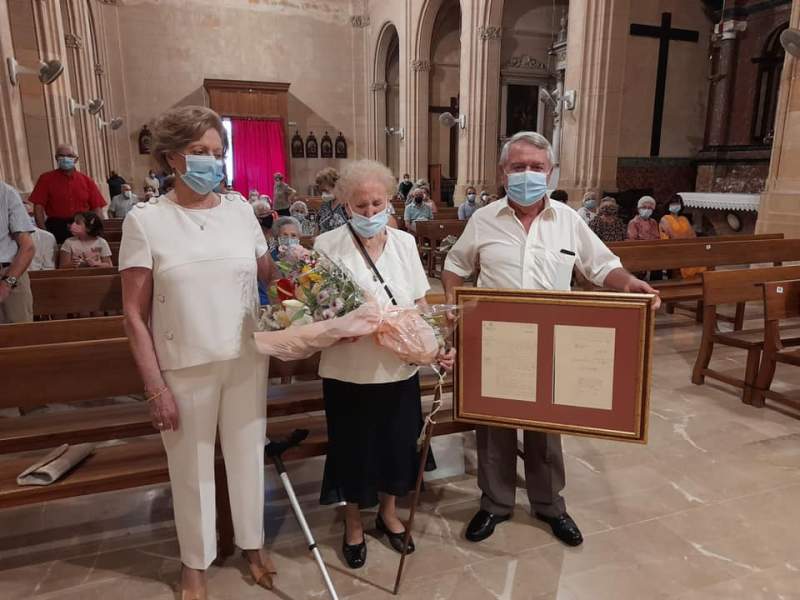 Margalida Horrach was the pride of Consell Credit: Consell Council

CATCH up with the latest news in brief from across Mallorca compiled specially for readers by Euro Weekly News.
Happy Birthday
YET another Mallorcan centenarian, this time it was the turn of Margalida Horrach from Can Fideu to turn 100 and the Consell Council arranged for a special presentation of a framed document at the Francesca Homar Pascual Municipal Day Centre following a mass.
Bad idea
A DECISION by AENA which manages the Palma de Mallorca International Airport has caused some controversy and may well be in breach of European Union guidelines concerning blue badge parking spaces as areas containing these spaces have been handed over to car rental companies.
Helping others
MEDICAL personnel from the Juaneda Group of clinics in Mallorca have travelled to Sanyang in The Gambia, one of the poorest countries in West Africa for eight days where they expect to treat around 300 patients each day with an emphasis on treating the very young
Terrace removal
ALTHOUGH some councils demanded that extended terraces in roads had to be removed by the beginning of October, Manacor Council has been a little more lenient but has now advised bars and restaurants that they must remove any tables occupying roads no later than October 17.
Water reserves
THE water reserves of the Balearic Islands stand at 47 per cent of capacity in September, an increase of one per cent compared to August. In Mallorca, capacity stands at 46 per cent with some reservoirs full and others showing drops in stored water.
The Crown
FOLLOWING more than a week filming on the Costa del Sol, the cast of the Netflix series The Crown has moved to Mallorca as www.vesselfinder.com reported that the 78-year-old yacht Cristina O sailed from France to Port Soller to be part of the filming.
Miss Tourism
THE final of the Miss Tourism World Spain 2021 took place at the Hotel Blau in Portopetro on Saturday October 9 with the winner being Angie Casado from Asturias who beat 20 other contestants to the title. Balearic representative Megan Bezy came third
Extra parking
DUE to a lack of parking spaces around the town, the Santa Margalida Council has controversially decided that owners of lock up garages who have more than one car, may park a second car in front of their garage without fear of being fined.
Solar panels
IN a concerted bid to increase the amount of solar powered energy generated, the Balearic Government intends to implement a new law that will require owners of large buildings including car parks to install solar panels on their roofs unless considered dangerous for some reason.
Thank you for reading ‘Catch up with the latest news in brief from across Mallorca’ and remember that all articles produced by Euro Weekly News may be accessed free of charge.