Paella given protected status as a cultural icon 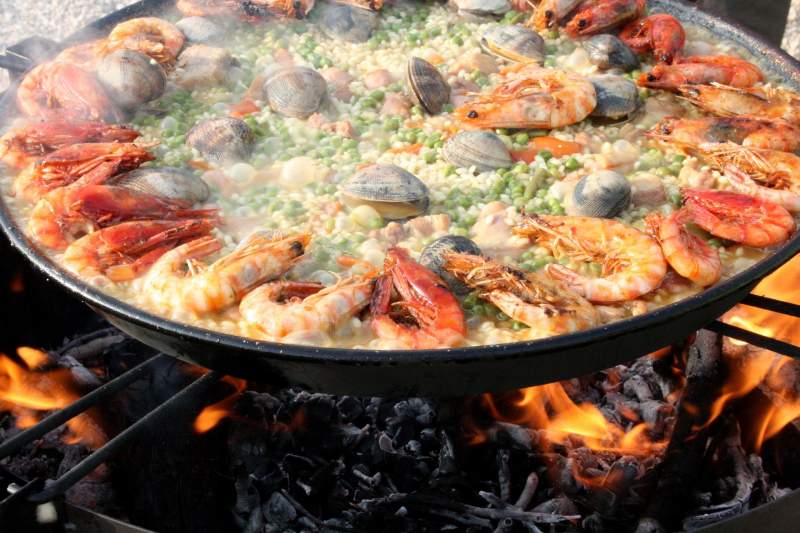 Arguably Spain’s best-known dish, paella has been heralded as food that celebrates the “art of unity and sharing” by its regional government this week. On Tuesday 9 November, the Valencian government praised its history and virtues as paella was given protected status while giving over eight pages in the official gazette to the dish.

Valencia is the region in which paella originated and the Valencia government have happily taken on the job as its cheerleader. “Paella is an icon of the Mediterranean diet, because of both its ingredients and its characteristics as a representation of Valencian culture,” read the declaration. All the ingredients used in its preparation – such as fish, meat, vegetables, the justly famous and healthy olive oil and the complete grain that is rice – are part of the Mediterranean diet.” They go on to add that the fresh and fragrant mix of flavours “make paella one of gastronomy’s most balanced dishes.”

The government assures that the new status bestowed on the food would help promote study and research into the dish and would safeguard “ the survival of this cultural item and ensure it is passed on to future generations.”

Even though the paella is lauded throughout Spain, it is not immune to controversial twists, such as Jamie Oliver’s insistence that chorizo should always make an appearance. The declaration noted that paella needed to be protected from the “distortions that could result from mass tourism”, also included a series of helpful dos and don’ts. The most important rule is to never stir the rice while it is cooking, as any movement will release too much starch from the rice and leave your paella sticky.

The government pointed out that the dish is “the symbol of a Sunday family lunch … and represents a feeling of identity and continuity that we need to protect, maintain, and pass on”. It also talks of the origins of the dish and how it was developed over the course of several centuries after the saffron trade began to pick up speed and the Arabs brought rice to the peninsula. “The first reference to paella – or ‘Valencian rice’ – is to be found in an 18th-century recipe manuscript, which explains how it should be prepared and notes that the rice should end up dry.”