Covid-19 originated in a Wuhan market 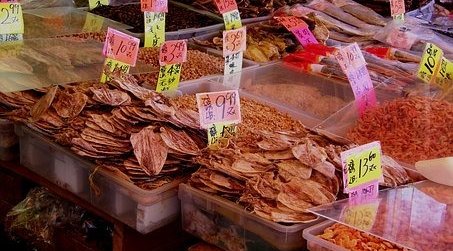 New research into the origins of Covid-19 points to the Wuhan market, with the likely source live mammals sold in the Huanan Seafood Wholesale Market. The suggestion is that the virus then moved to either a worker or a customer.

The extensive studies released by the scientists on Saturday, February 26, say they found no support for the alternate theory that the coronavirus escaped from a laboratory in Wuhan.

Michael Worobey, an Evolutionary Biologist at the University of Arizona and a co-author of the studies said: “When you look at all of the evidence together, it’s an extraordinarily clear picture that the pandemic started at the Huanan market.”

The reports have not yet been published in a scientific journal that would require undergoing peer review but together they represent a significant salvo in the debate over the beginnings of the pandemic. Certainly there is no agreement on whether the virus could spill over from wildlife sold at the market, and whether it could lead to a worldwide pandemic.

Not all scientists are prepared to accept the hypothesis with scientists such as Dr Jesse Bloom, a Virologist at the Fred Hutchinson Cancer Research Centre, who says there remains a glaring absence of direct evidence that animals at the market had themselves been infected with the coronavirus.

He says: “I think what they’re arguing could be true, but I don’t think the quality of the data is sufficient to say that any of these scenarios are true with confidence.”

In this the latest study by Dr. Worobey and his colleagues, evidence is presented that wild mammals that might have harboured the coronavirus were being sold in December 2019. But no wildlife was left at the market by the time Chinese researchers arrived in early 2020 to collect genetic samples.

The research, which also considered many other research papers, points to the first case being a trader in Huanan market.

A separate research project carried out by scientists at the Chinese Centre for Disease Control and Prevention is according to Dr Worobey consistent with their findings, the two having being undertaken independently and without knowledge of the other.

“The beauty of it is how simply it all adds up now,” said Jeremy Kamil, a virologist at Louisiana State University Health Sciences, who was not involved in the new study.

Right from the outset the Huanan Seafood Wholesale Market was suspected as being the source of the virus after people working their started to show severe pneumonia type symptoms.

For the new studies, Dr. Worobey and his colleagues estimated the latitude and longitude of 156 cases of Covid in Wuhan in December 2019. The highest density of cases centred around the market. They conducted further maps using later dates, which showed that the virus cases then started to spread outwards with the market remaining the centre.

The researchers ran tests that showed it was extremely unlikely that such a pattern could be produced merely by chance.

“It’s very strong statistical evidence that this is no coincidence,” Dr. Worobey said.

The new studies do not pinpoint exactly which animals spread the coronavirus in the Huanan market. But Dr. Worobey and his colleagues said that it might be possible to investigate the mystery further by analysing the genetic data collected by Chinese researchers.

In addition to Covid-19 viral genes, it might also include genes of the mammals in the Wuhan market that carried them.