Ukraine in talks to form “super-alliance” outside of NATO 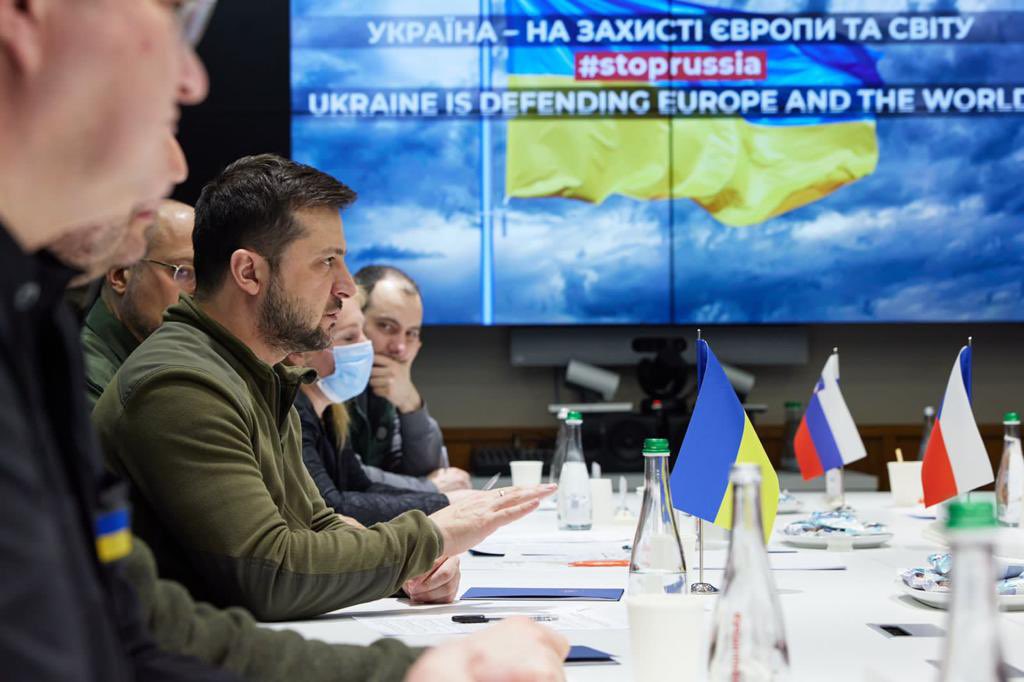 Ukraine in talks to form “super-alliance “outside of NATO. Credit: @MorawieckiM/ Twitter

Ukraine is in talks to form a “super-alliance” outside of NATO.

UKRAINE’S Presidential advisor Mikhail Podolyak has announced that there are ongoing negotiations to create a new military “super-alliance” outside of NATO.

As per local media reports, talks of an alliance between Poland, Ukraine, Czech Republic and Slovakia has been discussed “to make sure Ukraine will not be left alone on the battlefield again”.

Speaking to Ukrainian publication TSN on Thursday, March 17, Podolyak said: “It’s very important for us that Poland joins the new union. Today, Poland is one of Ukraine’s best friends. We are infinitely grateful for the assistance provided and believe that Poland and Ukraine should participate together in all negotiations on security in Europe.”

He added: “We know that Putin can only be stopped by force. NATO does not have such strength. In our opinion, this is an organisation whose activity is mainly to organize summits at which the generals show that they are cool.”

Interestingly, Podolyak said that although Russia was the main focus of their efforts, the Ukrainian government has been disappointed in Belarus’ actions so far.

“We do not see any aggression or expansionist efforts on the part of Belarus,” he said.

However, when pressed on their involvement in the conflict, Podolyak said: “Belarus has made a huge mistake in entering into an alliance with Russia. It depends on it financially and energetically. Under these allied agreements, it gave Russia its territory from where the missiles were launched.

“The situation is very bad, but we mean that Belarus is Putin’s hostage and does not take an active part in the war. This does not change the fact that we will make legal claims to Belarus after the end of hostilities.

“We have to wait for the details,” he concluded.