JUST IN: Putin to address the nation today 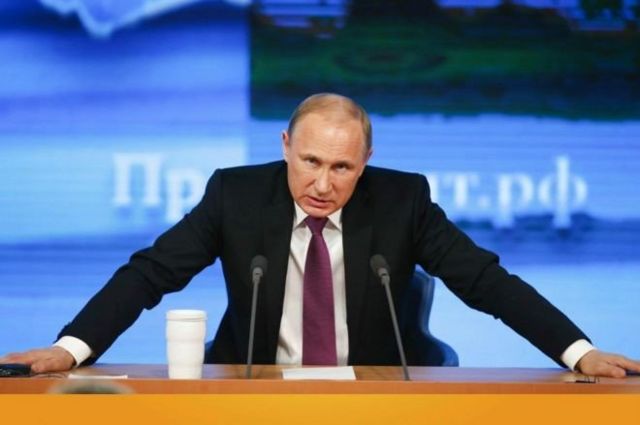 JUST IN: Putin to address the nation today.

JUST IN: Putin to address the nation today.

RUSSIAN President Vladimir Putin could address his nation today, Friday, March 18 – which marks the eighth anniversary of the annexation of Crimea.

Multiple reports have suggested that the president will speak to the people of Russia at around 3 pm local time.

“On March 18 at 3 pm (Moscow time) President Putin’s address to the people of Russia is promised,” political strategist Marat Bashirov said on his Politjoystick Telegram channel.

The political expert suggested that the speech from the head of the Russian state “will relate to the events around the annexation of Crimea to Russia and a special military operation in Ukraine,” as reported by Russia media outlet, Tsargrad. However, people around the world and especially in Ukraine will be hoping that he will announce the end of their invasion of the country.

Speaking to the people of the Russian Federation, FederalPress reports, citing a source close to the Kremlin, that on March 18, on the anniversary of the return of Crimea to Russia, President Vladimir Putin plans to speak at a special rally in Moscow. The head of state will say words in support of the military liberating the Donetsk and Luhansk people’s republics, the reports notes.

One person on Twitter noted ahead of the potential address: “Several private jets are flying out of Moscow to Dubai and Siberia, and Putin set to address Russia at 3 pm local time today. Are Oligarchs running from Putin? Or are they, along with political and military leaders, fleeing Moscow before a nuclear attack?”

Many will hope that the Russian leader chooses to instead end the war after peace talks appeared to be progressing well.

On March 16, potential progress in peace talks between Russia and Ukraine was noted by Russia’s foreign minister.

His statement opened up the potential for an agreement on Kyiv being given a neutral status.

“Now this very thing is being discussed in negotiations – there are absolutely specific formulations which in my view are close to an agreement,” he added.

However, threats made against Bosnia on Thursday, March 17 and also against any country that chooses to arm Ukraine in their war efforts suggest that sadly Putin still has some more fight in him.