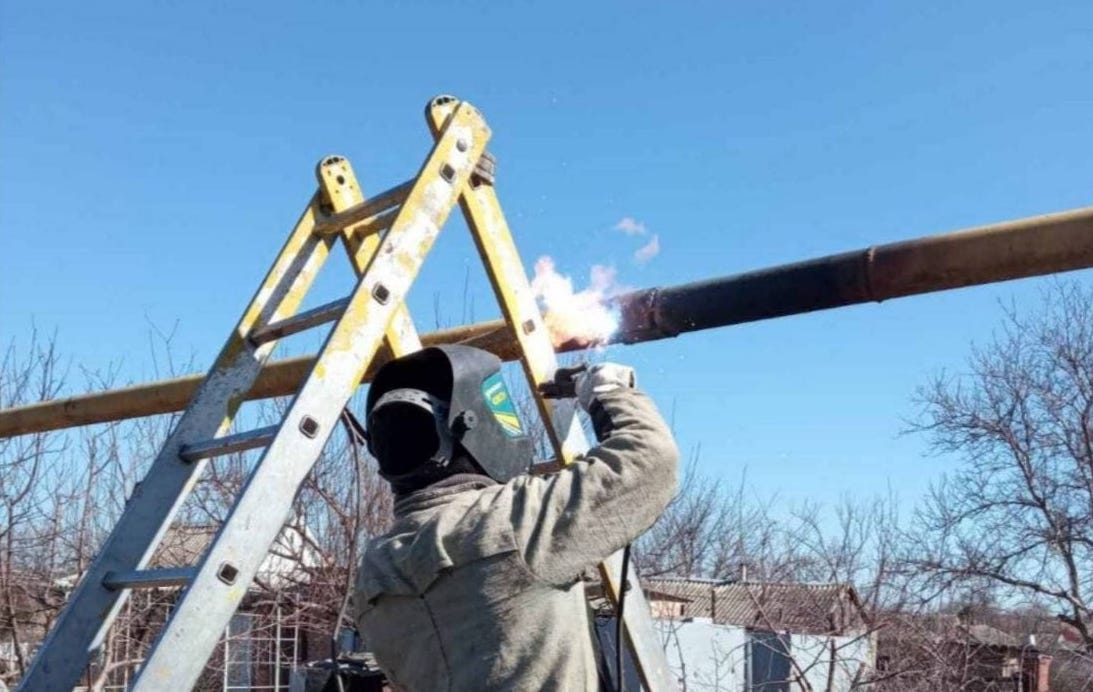 RUSSIAN forces have repeatedly shelled gas pipelines in Orikhiv, Zaporizhzhia, according to reports on Wednesday, March 30.

An announcement from the gas company in the Ukrainian city, the 14,000 residents could have been left without gas supply as a result of the continued shelling by Putin’s army.

The latest repairs on March 29 carried out by Zaporizhgaz employees were for 11 shrapnel damages to gas pipelines throughout the city.

According to Vitaliy Kolomoyts, senior major of the Orikhivsk branch of Zaporizhgaz, “immediately after the shelling, a repair team arrived to fix the damage.”

According to a statement from the company, technicians made improvements to the gas system, bandaged the pipes in certain areas, and completely replaced sections of the pipeline.

“The gas system was covered, a bandage was put on the pipe in some areas, some areas of the pipeline were replaced completely. Now all the residents of Orikhiv have flaky flames, we are already used to working under the bullets. The main thing for us is that people and enterprises have gas,” said Mr Kolomoyets.

He added: “Several sections of gas pipelines in this district have already been repaired by Zaporizhzhia Gas.”

On March 3, Zaporizhzhia, Europe’s largest nuclear plant in Enerhodar came under attack and there were fears that fighting between Russian and Ukrainian troops would affect radiation levels at the plant.

Enerhodar, which has a population of 52,887, is a major energy hub that accounts for about one-quarter of Ukraine’s power generation.

However, on March 4, a tweet at the time from the International Atomic Energy Agency (IAEA) confirmed that radiation had not increased: “Ukraine regulator tells IAEA there has been no change reported in radiation levels at the Zaporizhzhia Nuclear Power Plant site.”