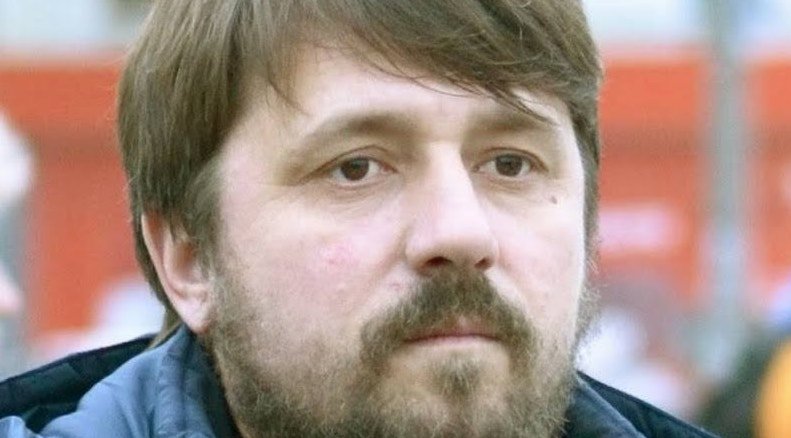 A UKRAINIAN priest has reportedly been kidnapped from the Ukraine city of Kherson, which is currently occupied by Russian forces.

Media reports from the war-torn country suggest that Sergey Chudinovich, a priest of the Orthodox Church of Ukraine, was kidnapped by people who identified themselves as police officers.

Vgoru, a local newspaper in Ukraine, made the claim in a report on Wednesday, March 30, in which they stated that Chudinovich, a well-known public figure and volunteer in Kherson, was abducted by three people.

“Today, at 8:30 am, unknown representatives of the “militia” kidnapped the priest of the Orthodox Church of Ukraine, Sergei Chudinovich. He was taken directly from the church, according to eyewitnesses of the incident,” the report said.

“Three men searched the church, checked the documents and instant messengers of those present. However, they refused to show their documents,” the report continued.

“After that, together with Sergey Chudinovich, they got into a green DAEWOO Sens ВТ6734ВІ and drove off in an unknown direction,” the news outlet stated.

According to 24tv, Chudinovich has been travelling to the front line with humanitarian aid since the start of the invasion from Russian forces on February 24.

This is not the first Ukrainian public figure or local authority official to have been reportedly kidnapped since the war began.

On March 16, Russian forces allegedly kidnapped the mayor and deputy of the Ukrainian city of Skadovsk, located in the Kherson region.

According to reports at the time, the Russian military kidnapped Skadovsk Mayor Alexander Yakovlev and his deputy Yuri Paliukh.

Then on March 28, the mayor of Hola Prystan, Oleksandr Babych, was also kidnapped and allegedly killed, according to the Mayor of Kyiv, Vitali Klitschko.

“The head of Beryslau Oleksandr Shapovalov and the head of Hola Prystani Oleksandr Babich have now been killed,” the former champ said on March 29 via Telegram.

“Murders, kidnappings and torture of civilians is what the Russian aggressor, who has come to destroy Ukraine and the Ukrainians, is doing. During the war, since 24 February, the occupiers have killed 11 city leaders and 8 other leaders of municipalities,” he said.

According to the Ukrainian Foreign Ministry, Putin’s army has so far abducted about 30 local government officials, activists and journalists.