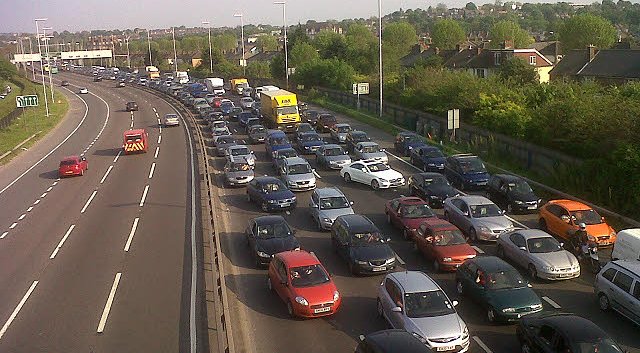 When will the UK's travel misery end? Source: Stephen Craven

The International Air Transport Association (IATA) has said that air travel is “gathering steam” and was back to about half 2019 numbers, but that rising costs and travel chaos in places like the UK could not only ruin Easter but also the industry’s recovery.

That stark warning comes before the big Easter getaway with millions of Brits expected to travel both locally and abroad.

So what can you expect? Well firstly the good news, most countries have relaxed their Covid-19 restrictions making passage through airports and passport control a little easier with less documents to complete and to take with you.

Now the not so good news, travel is expected to be disrupted with staff illnesses the main cause.

The impounding of P & O’s ferries has left a major hole in supply, and although all other ferry companies are operating as normal capacity has been severely restricted.

More so because an agreement with DFDS that saw the company honour P & O bookings comes to an end on Friday, with the company saying they are already fully booked. A statement issued by the company said: “As we look towards the weekend and Easter, we have very high booking levels, which sadly means we won’t have any spare capacity available for other operators.

“We will of course do everything we can outside the peak weekends to carry as many P&O customers as possible. We are adding extra sailings where we can, and have also been able to move some traffic to our new unaccompanied route from Sheerness to Calais to help relieve the congestion in and around the port.”

According to a spokesperson for Getlink, which owns the Eurotunnel service, said its Easter holiday season began last Friday and runs for three weeks, adding: “We have very high bookings for the coming weekend and the next on our passenger service, and bookings continue to flow in.

“We will be running up to four departures per hour at peak travel times to make sure everyone can travel.

“Our truck shuttles are also running with very high volumes, with additional departures being made available to carry the extra traffic.

“Services are running well for both passenger and freight, without additional waiting time on our terminals.

“Traffic congestion in Kent at this time is the result of the absence of three P&O ferries from the short straits route during the busiest period of sustained cross-Channel traffic since 2019.”

Airports have been in the news this week with chaos reigning at both Heathrow and Manchester as staff illnesses take their toll.

With an exceptionally busy weekend coming up there is concern that with the possibility of more flights being cancelled, that airports could once again struggle. Whilst the airports have said they are doing what they can to bring in extra staff, it can take up to six months to get security clearance.

A Heathrow spokesperson told Sky News it was deploying as many extra staff as possible to help cope with the rush, saying: “The Easter holiday is the first time where UK travel restrictions have been fully removed since the start of the pandemic and we are expecting passenger numbers, not seen since early March 2020.

“We have been preparing for this for many months, but like most airports we do anticipate that the travel experience may take slightly longer during peak periods.”

EasyJet and British Airways appear to be the two most affected by staffing as Covid-19 infections take their toll. Both airlines have cancelled hundreds of flights this week and it is more than probable that more will need to be this weekend despite their best efforts to bring in more staff.

IT issues have also been a problem for British Airways as have the situations in Ukraine and China, which have both affected staff availability and flight patterns.

Passengers have been advised to check that their plane is on schedule before departing for the airport and to make sure that they fully understand all the restrictions and requirements. Importantly anyone looking to check in should have all the required documents and forms to make the process go smoothly and quickly.

Easter is a period in which Network Rail typically do maintenance, although the peak trains can be busy generally the weekend is quitter than normal.

Again the advice is to check your route and make sure you are aware of any changes, and make sure that you allow sufficient time to get to your destination. This is particularly true for those headed to Wembley this weekend.

Traditionally busy at Easter, this year is expected to be no different despite the higher fuel prices. Travellers are advised to check traffic reports and to travel if possible outside of peak times, as they are to make allowance for delays and comfort breaks.

Although the forecasts are not great for travel this Easter, motoring organisations are telling drivers not to let travel chaos expected in the UK ruin your holiday – be prepared, get their early and allow for possible disruptions.