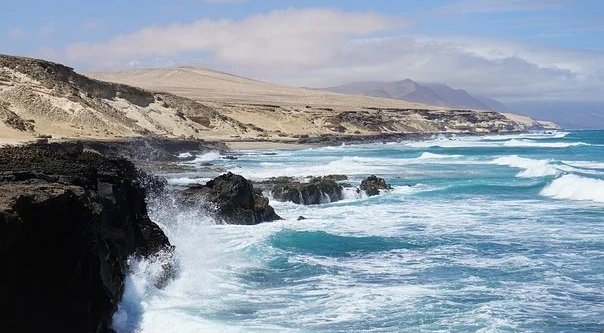 ‘Honeymoon from hell’: Couple speak out over ‘absolutely horrific’ Jet2 holiday to a Spanish Island.

Clare and Andrew Carr revealed to Chronicle Live how their honeymoon took a disastrous turn. The couple had headed out from Newcastle Airport to Spain’s Fuerteventura.

As reported by Chronicle Live on April 5, Clare revealed how the relaxing holiday that was meant to help her recover from her cancer treatment turned into a “disaster.”

Clare was alone when a fire broke out as Andrew had stepped out for a few minutes to go to the shops. Clare revealed: “The lights began to flicker and then there was an almighty bang and I could see that the fuse box, which was behind the entrance door, was on fire and fuses inside it were exploding,

“Because of where the fuse box was, I could not use the door, so I ran onto the balcony and shouted for help before I rang Andrew. Two guests from downstairs heard my yells and ran to ask reception to call the emergency services.”

Andrew tried to help and came up with an ingenious plan. Clare explained: “I couldn’t get out of the door and the apartment was on the second floor, so I couldn’t jump down. It was awful for Andrew because he could see the state I was in and couldn’t do anything to help me, until he had the idea of standing on a chair and a barman climbed on his shoulders up to my balcony, grabbed a towel and ran me out the apartment past the burning fuse box.

“The whole thing was absolutely horrific, and our ordeal carried on, as the room we were moved to had no smoke alarm, which completely freaked us out after what I had just been through, so we spent the night terrified the same would happen again and coughing because of the smoke inhalation.”

After the incident, Clare came down with bronchitis which entailed trips to a local medical centre.

Clare added: “Andrew and I have enough going on in our lives without this happening,

“We paid Jet2 £1770 for the holiday, without spending money, and it was not the holiday we had booked, looked forward to or paid for. This was meant to be a break for us after the terrible time we have had, and a late honeymoon because I couldn’t go on a proper honeymoon as I was in the middle of chemotherapy when we got married. Instead it was a complete disaster.

“We have lost lots of days dealing with the fire, cleaning all of our things, washing our clothes, and attending the medical centre. I am very weak from the cancer treatment and having bronchitis so my husband had to do everything, so it was far from a break for him. Three months later, I am very traumatised by the whole incident. It has affected my sleep and I need to make sure I am by a door so can escape if I need to.”

The couple were not happy with Jet2’s £300 compensation voucher.

A spokesperson for Jet2 commented: “We are sorry to hear about Mr and Mrs Carr’s experience and would like to apologise for any upset caused. Our teams did all they could to support Mr and Mrs Carr, after the fuse box tripped causing a small fire limited to the fuse box with smoke being produced.

“This included assisting them in moving rooms, arranging medical assistance, cleaning their clothes and completing regular welfare checks. The health and safety of our customers will always be our number one priority and following a thorough investigation we can confirm that the hotel complies with local health and safety requirements. We have provided Mr and Mrs Carr with a goodwill gesture in light of this experience.”